“The incidents of violence and looting that erupted in parts of our provinces of Gauteng and KwaZulu-Natal were regrettable and shameful for a nation with such a proud history of struggle and international solidarity support. The government of South Africa strongly condemned these tragic actions and is working hard at ensuring we address the security lapses and intolerance that led to this violence”, Pondur told the Assembly.

South Africa is working hard at ensuring we address the security lapses and intolerance that led to this violence.

About 3,000 women were killed in South Africa in 2018. That’s one woman gone every three hours. This is more than five times higher than the global average, the World Health Organization said.

According to local reports, some 500 persons were arrested following a recent spate of xenophobic attacks that led to the killing of at least 7 people.

Meanwhile, the Southern African nation has supported plans by the United Nations to celebrate its former leader, Nelson Mandela. 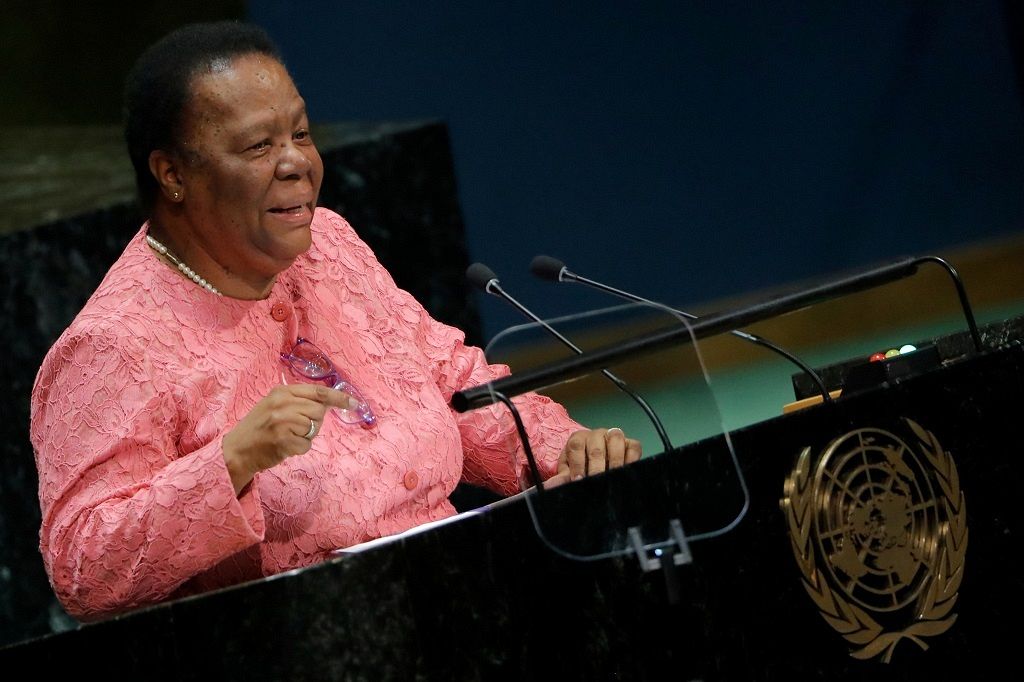 “Mr. President, it is an honor for us to address the General Assembly in this the first year of the ‘Nelson Mandela Decade for Peace,’ which this Assembly agreed to last year as running from 2019 to 2028. This is a decade in which we have been called upon to intensify our efforts to pursue international peace and security development and human rights. South Africa thus commits to use the ‘Nelson Mandela Decade For Peace’ to promote the strengthening of multilateralism and diplomacy as effective tools for addressing the challenges facing the world today”, Pondour added.