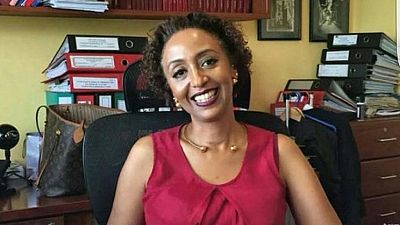 Tanzania lawyer Fatma Karume was suspended from practising in Tanzania following her case challenging the appointment of the Attorney General.

Representing a case by ACT-Wazalendo political party in Tanzania accusing President John Magufuli for unconstitutional appointment of the AG.

Fatma took to social media to publish a statement, saying the judiciary is inempt or compromised and maybe through politics can there be real change.

She also released a statement on YouTube in a press conference, saying she has been suspended without any charges coming against her before the advocate committee or in court or being given a chance to defend herself.

You are one of the very few women in Tanzania who can say “a spade is a spade not a big spoon” Justice is always there tho it takes time to b revealed.Stay strong fatma_karume "Wakili Msomi" pic.twitter.com/IJt2n57OIq

I can’t stand with Shangazi coz I ain’t an ounce of her prowess. I can’t claim to be with her as I am afraid to shout loud her cause and fight with her for the cause..but I envy Shangazi, she has beaten me to the punch for the cause, she has taken the crown,salute fatma_karume

To be AG should be in service not less than 10 years (The running AG is disqualified to be AG), so fatma_karume being Objective to that appointment translated as a crime? Such level of punishing thoughts and opinions by this regime is immature. Someone is drunk with power! pic.twitter.com/tfieDLxtnx

Fatma can still practise law in the archipelago Island of Zanzibar and internationally.