Cameroon to use national dialogue to resolve Anglophone crisis - President 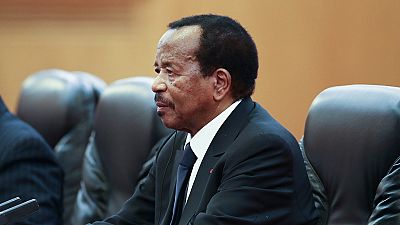 Cameroon’s President Paul Biya announced in a rare public address on Tuesday the organisation of a national dialogue to solve a separatist crisis in the country’s English-speaking regions.

Biya said the talks, lead by the prime minister and starting from the end of this month, would bring together a wide range of people to seek ways to end violence that has plagued the region in recent months.

An insurgency erupted in late 2017 after the government cracked down on peaceful protests in Cameroon’s Northwest and Southwest English-speaking regions. Protesters were complaining of being marginalised by the French-speaking majority.

Since then, fighting has killed about 1,800 people and displaced over 500,000, according to United Nations estimates.

“The dialogue will rally all the sons and daughters of our beloved and beautiful country, Cameroon, to reflect on values that are dear to us, namely: peace, security, national unity and progress,” said Biya in a speech on state television.

He did not specify if representatives for the separatist movements would be invited to participate to the talks.

In June, NGO Human Rights Watch said the prospects for talks between the government and separatist leaders were very thin.