Last week’s xenophobic attacks in South Africa evoked strong emotions and reactions across the continent, mainly because of updates that were shared on social media.

Many of the images and videos that fuelled retaliatory attacks and protests in Nigeria, Democratic Republic of Congo and Zambia among others, were later proven to be fake.

Footage was either old, from a different country or at best from xenophobic incidents in past years.

The Google search engine is a very powerful place to check how long something has been out there, and if its really true or false.

Videos showing ‘foreigners being burned’ turned out to be incidents that happened in January this year, while a video that showed foreigners jumping out of a burning building, had actually happened in May in the Indian city of Surat.

We spoke to Mayowa Tijani, a fact-checking journalist in Nigeria, to explore ways in which social media users can be helped to stop spreading fake news.

From your experience, why does fake news thrive?

Fake news has existed before the digital age, but the spread was not this swift. So if someone was saying something in Nigeria, it could take about two weeks to reach Australia. But that happens now in seconds, and for that reason, its easier for someone to say something somewhere, and it goes viral all over the world. And that helps in driving this phenomenon.

How does the Fake News eco-system operate? Are stories planted and deliberately shared? Or do innocent users actually believe these stories they share?

So, these stories are definitely and deliberately planted in the media, and a lot of people belive them. The problem is that when something aligns with your political, religious or other beliefs, you are more likely to fall for such content despite how fake it might be.

How can social media users who are not professional fact-checkers or journalists be empowered to prevent spreading fake news?

So, if you see something remotely viral, just ask yourself, Is this possible? Where did it happen? Are credible media reporting it? Can I get any more information on it? And I believe that Google search engine is a very powerful place to check how long something has been out there, and if its really true or false. 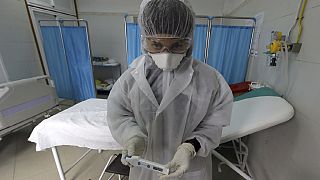