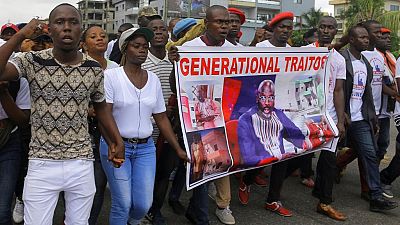 <p>Liberian President Georges Weah’s party won the seat of deputy in the by-election held on Wednesday in a district of Monrovia, the National Electoral Commission (<span class="caps">NEC</span>) announced on Thursday, after a campaign marked by pre-election violence.</p> <p>Abu Bana Kamara of the Coalition for Democratic Change was declared the winner after obtaining 49.2% of the votes against 38.9% for the opponent Tellia Urey. </p> <p>Ms. Urey, candidate of a coalition of four opposition parties, The Collaborating Political Parties (<span class="caps">CPP</span>) acknowledged defeat and congratulated her rival after the results were declared</p> <p>The partial legislative elections in district 15 of Montserrado county, which includes Monrovia, were first held on July 29, at the same time as a partial senatorial election, for a seat, won by an opposition candidate.</p> <p>After Ms. Urey contested the results of the partial legislative elections, the electoral commission ordered that a new vote be held on Wednesday in 20 of the 94 polling stations in District 15, concerning 8,515 of the 39,005 voters in the County.</p> <p>The campaign for these elections was marked by violence, including an attack on 17 August during which the opposition candidate’s car was destroyed in front of the police. Ms. Urey also reported that one of Georges Weah’s supporters had tried to stab her.</p> <p>Ms. Urey is one of four daughters of telecom tycoon Benoni Urey, who headed the Maritime Affairs Office under former warlord and President Charles Taylor (1997-2003) and was beaten during the 2017 presidential election by George Weah.</p> <p>Liberian senators raised alarm at the rise in political violence in this poor West African country, drawing parallels with those that had finally plunged Liberia into a particularly horrific civil war from 1989 to 2003.</p> <p><strong><span class="caps">AFP</span></strong></p>