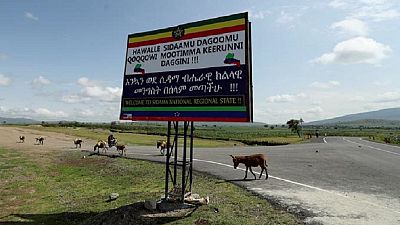 Ethiopia on Thursday granted its ethnic Sidama community a referendum in November on self-determination, with a view to creating the country’s 10th autonomous region, Fana news agency reported.

Ethiopia’s nine existing regional states enjoy a degree of autonomy under which they are able to choose their official language and have limited powers over taxation, education, health and land administration.

Buoyed by political reforms introduced by Prime Minister Abiy Ahmed since he took power in 2018, political activists from the Sidama – currently subsumed into one of the nine states – wanted to unilaterally declare a new regional state in July.

The same month, at least 17 people were killed in clashes between security forces and pro-autonomy activists, while other Sidama leaders accepted an offer from the government to hold a referendum within five months.

Ethiopia’s electoral board said the referendum, on Nov. 13, would address “ethnic Sidama’s demand for regional statehood,” state-affiliated Fana said on its website.

At least eight further ethnic groups in the Horn of Africa country of 105 million people are also seeking autonomy.

Abiy, appointed by the ruling coalition last year, has won praise for political reforms in what was once one of the continent’s most repressive nations.

But with many local activists using the greater freedoms to demand more rights, tensions between rival interests sometimes spark violence.

The electoral board said close to 1,700 polling stations and 8,500 election officials would be deployed for the November referendum, Fana reported.