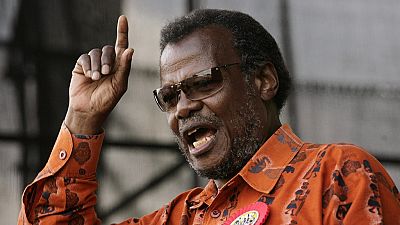 “I will not run for my own succession,” he said Saturday during his party’s congress in Ulundi, in the northeast of the country, billed to elect a new leader.

“My days as President of IFP are behind me, I’m handing over this afternoon,” he told delegates, referring to the “long” and “difficult” journey he had made.

The 91-year-old led the Zulu Nationalist Inkatha Freedom Party (IFP), an influential party under the apartheid regime and responsible for the country’s most significant violence during the first multiracial elections in 1994.

Buthelezi was first a member of the ANC until he quit to create the IFP in 1975. He led the party from its inception, a reign marked by bloody turf wars with ANC militants in the predominantly black townships during the 1980s and 1990s.

Having served as Prime Minister of the “independent” territory of KwaZulu, a political creation of the apartheid government, Mangosuthu Buthelezi has often been considered an ally of the racist regime, an allegation he has always denied.

IFP is supported by the Zulus, the country’s largest ethnic group. The party, which won 43 seats in the first multiracial elections after the end of apartheid in 1994, won only 14 seats in the last elections in May 2019.