The 33-year-old was credited as being the originator of the coupé-décalé genre of music. Grieving fans gathered outside Abidjan hospital in tribute to musician who was took the coupe-decale music to the world

“The death of artist DJ Arafat, his real name Houon Ange Didier, Monday, August 12 at 8 am (local and GMT), as a result of a traffic accident that occurred in the night of Sunday to Monday in Abidjan,“RTI said in tweet.

According to information and photos circulating on social networks, DJ Arafat was riding a motorcycle when he rammed into a car.

The Ivorian Minister of Culture, Maurice Kouakou Bandaman, “expresses his condolences to the family and music lovers”, and arrangements will be made for “a tribute to the artist,” according to a statement released by the RTI.

A very sad news this afternoon The King of is dead RIP my brother my friend DJ ARAFAT this is a very big loss for all of in africa??????????????? #ripdjarafat pic.twitter.com/Lstc9hpTak

Where do you start on DJ Arafat’s impact on ivorian music and african pop culture? From the sound, to the dance steps, to the use of social media, to how he deeply connected with the masses… But first of all, is he really dead? I’m in denial. I mean.

We are deeply saddened to hear about the tragic loss of djarafat .

Our hearts go out to his family, friends and fans during this difficult time. #RipDjArafat pic.twitter.com/KGLS51VdL8 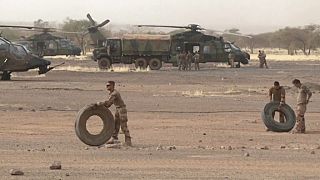