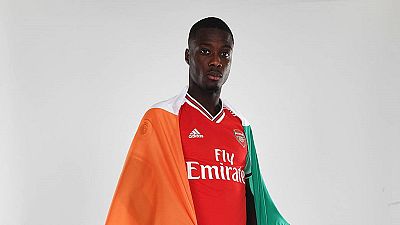 When Arsenal announced the signing of 24-year-old Ivorian international Nicolas Pepe, he became officially the most expensive African football transfer.

The English Premier League side dished out $89m to French side Lille for the signature of Pepe. He signed a five-year deal with the London side.

England is his second European destination having previously played for three French sides – before joining Lille in 2017, he played for Angers from 2013 – 2017. His first professional stint was with Poitiers, in the French 5th tier.

But in an extensive interview with Arsenal.com, he listed his parents as top of the list of people who helped him on his way up the career ladder.

“That is what they have done to this day. They helped me make this dream come true and they will continue to be by my side to support me.”

The Pepe family emigrated to France from Ivory Coast in 1995, and their stories of that adjustment have kept their son grounded. “They told us how difficult it was, especially when we were at school,” he said.

“Because of what they gave me, it makes me proud that I can make them happy.” 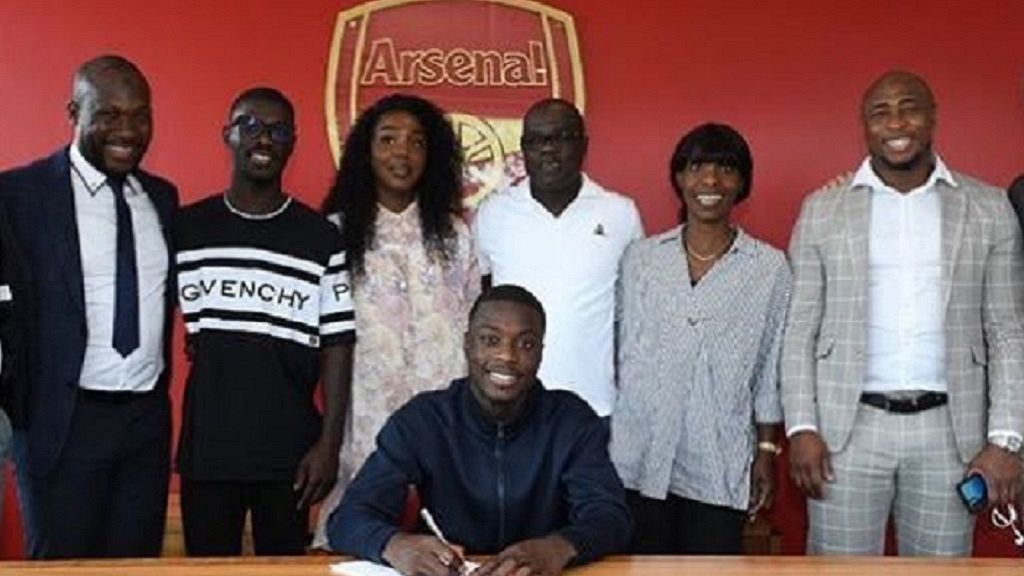 Winger Nicolas Pepe has become our record signing after joining us from Ligue 1 club Lille.

The 24 year-old Ivory Coast international completed the paperwork on his move on last Thursday. He will wear the No.19 shirt.

Head coach Unai Emery said: “Nicolas is a highly-rated and talented winger who was wanted by many of the top teams in Europe.

“Signing a top-class winger has been one of our key objectives in this transfer window and I’m delighted he’s joining.

“He will add pace, power and creativity, with the aim of bringing more goals to our team.”