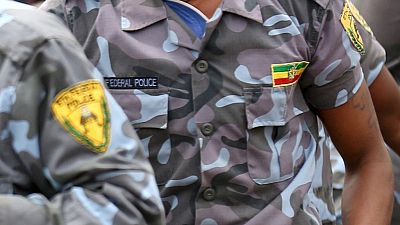 An altercation between Ethiopian federal police officers has led to a shooting incident at the premises of the Central Statistics Agency.

Aaron Maasho, a Reuters journalist covering Ethiopia and the African Union said the officers were guarding tablets expected to be deployed for census.

A journalist with the Ethiopian Reporter said the federal police had confirmed that two officers were killed in the incident. “The shooter is now under arrest,” Dawit Endeshaw said in a tweet.

As per official, Fed police commission and an eye witness, two fed polices including a commander were shoot and killed by their fellow policeman in #AddisAbaba today, around12pm.
The incident happened inside #CentralStatisticsAgency. The shooter is now under arrest

Analysts, however, stressed that the move potentially undermined logistics for 2020 polls – the first election under Prime Minister Abiy Ahmed.

Ethiopia is due to hold a national vote some time next year, and the census – already postponed once from 2017 – is a crucial step towards demarcating constituencies.

But parliamentarians in both houses voted overwhelmingly to delay the census again by a year, due to an upsurge in ethnic conflicts.