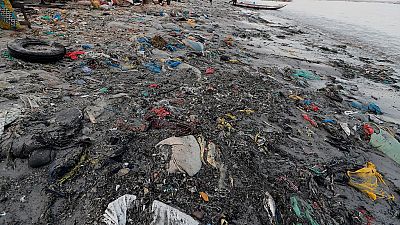 Senegal has some of the beautiful beaches on the Atlantic which attract tourists from across the world, however the rubbish floating on its seas shores is a problem not only for the country but also the world.

The West African nation home to 15 million is one of the world’s biggest contributors to ocean plastic.

Although the country banned polythene bags in 2015, the law is yet to be implemented. Grocers wrap individual items, even blobs of cheese, butter and coffee in copious plastic.

“The law is not enforced. When you reach major cities, you are greeted by an unpleasant decor, a … visual pollution made of plastic waste as far as the eye can see,” Environment Minister Abdou Karim Sall told Reuters.

“We will go around shops … we have security forces who can support us. We’re going to start enforcing this law in its full force,” he said.

Sall said the government would introduce a new bill in the coming months to ban a wider range of plastic, including thicker shopping bags, following similar moves in Kenya and Rwanda.

Senegal is 21 out of all nations for quantity of waste being dumped in the sea – with 254,770 tonnes, only just behind the United States, a vastly bigger economy with many times more people and coastline according to a study in 2010, reported by the journal Science.

The police in the country will start enforcing fines to shopkeepers up to 50,000 CFA francs ($85) for distributing the bags. Those manufacturing thinner bags risk six months in prison or 20 million CFA francs ($34,000) in fines.

In 2017, Kenya imposed one of the world’s toughest bans on plastic bags, with up to four years in prison or $40,000 fines for producing, selling or even using them.