When Beyonce 'delivered' a rendition of Nigerian national anthem 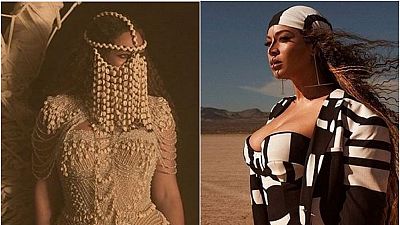 In the wake of the release of “The Gift,” which Beyonce has described as her love letter to Africa, a Twitter post has coughed up her decade-old rendition of the Nigerian national anthem.

The American singer, songwriter and global entertainment icon Beyonce Knowles’ praise from Nigerians on Twitter has shot up – again.

A Nigerian social media influencer, Japhet Omojuwa, shared a two-minute and 17 seconds clip from MTV Base showing Beyonce’s performance of the anthem at a concert back in 2009.

He captioned his post: “Beyoncé hosted the final, Nigeria won!” It has serially attracted praise from Twitter users who showered praise on her performance.

In a recent article on “The Gift” album, a writer on the UK Metro portal said: “As a Nigerian, I’ve always been aware of Beyonce’s growing love and respect for the motherland.

“Back in 2009, she revealed her ancestors were Nigerian and as a gift to the crowd, she sang the Nigerian anthem for them.”