Senegal vs. Algeria: Leadership of Mane, Mahrez at AFCON 2019 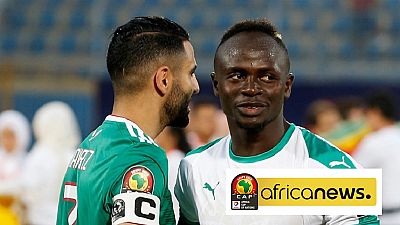 The Africa Cup of Nations in Egypt was perfectly set up for Mohamed Salah to lead his team to the title on home territory and crown his career but Algeria’s Riyad Mahrez and Senegal’s Sadio Mane have stolen the show.

The two players have been instrumental in leading their sides to Friday’s final at the Cairo International stadium where Senegal will attempt to win their maiden title and Algeria the first since 1990.

It will be the second time they have met in the current tournament with Algeria outmuscling Senegal to win 1-0 in the group stage.

Salah has been voted Africa’s Player of the Year for the past two years but his interest in the tournament ended in round of 16 as the hosts imploded and were knocked out by South Africa.

The 27-year-old almost seemed to be trying too hard, taking on opposing defences single-handedly as his team mates ran out of ideas.

Senegal, beaten in the 2002 final, and Algeria, on the other hand, have been careful to lift the responsibility off the shoulders of their star players.

“I do not like highlighting players. We need to put a little less focus on Mahrez if we want to make this a big tournament for us,” said Algeria coach Djamel Belmadi at the start of the finals.

Mahrez has responded with three goals, two of them gems.

He produced a delightful touch in controlling a pass before lashing home a left-foot shot in the 3-0 quarter-final win over Guinea and scored the winner in the semi-final against Nigeria with a stunning free kick deep into stoppage time.

Mane has netted three goals although he has also missed two penalties, prompting him to abdicate responsibility for spot- kicks, but there has been no denying his importance for Senegal.

Neither player had an especially happy relationship with the tournament before this year.

Mahrez scored one goal and played in all four games as Algeria reached the quarter-finals in 2015 where they lost to eventual champions Ivory Coast.

Two years later, Algeria were knocked out in the group stage without winning a game although Mahrez scored twice in the 2-2 draw with Zimbabwe.

Mane, also taking part for the third time, played two matches in 2015 when his side went out in the first round.

Two years ago in Gabon, he scored two goals but could not prevent a quarter-final elimination by Cameroon, missing the decisive penalty in the shootout.

Although both won major club titles this season — Mahrez the English Premier League with Manchester City and Mane the Champions League with Liverpool — they agreed that winning the AFCON for their countries would be something special.

“To be in the final of the Africa Cup of Nations is something unbelievable,” Mahrez said. “I think we have been very good in this tournament. We scored 12 goals and conceded two, that is the source of our confidence.”

Mane, meanwhile, said beforehand that he would happily swap his Champions League medal for an AFCON one.

“To win for my country, which has never won an AFCON, would be magnificent,” he said. “I am even ready to trade a Champions League against an AFCON. The return to Dakar would be extraordinary. It would be my craziest dream.” 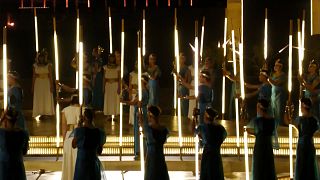