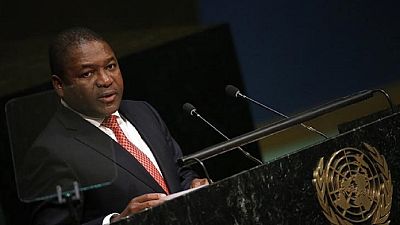 Mozambique’s president said on Wednesday he was committed to respecting international law on debt, after the country’s top court ruled that a government-guaranteed $850 million Eurobond issued by the state-run tuna-fishing company Ematum in 2013 was illegal.

“In Mozambique we respect the law,” Mozambican president Filipe Nyusi told reporters in Portugal’s capital Lisbon. “In this case we also have to respect international laws because a country is placed in the world and it’s not an island.”

Nyusi said the government is trying to find the best solution after the court ruling and “will deal with this problem”, without specifying what that could entail.

In 2016, Mozambican officials agreed to swap the bond’s outstanding $697 million for a sovereign Eurobond, issued under English law. A lot of borrowing by emerging market governments and firms is subject to English or American law, allowing investors to enforce claims in either of those jurisdictions.

Last month, Mozambique’s top court declared “the nullity of the acts inherent to the loan contracted by Ematum SA, and the respective sovereign guarantee granted by the government in 2013, with all legal consequences”.

The $850 million Eurobond was labelled the “tuna bond” as it was supposed to finance a tuna fishing fleet and had been presented to investors as funding for “fishing infrastructure” although much of the cash was later designated for maritime security and reallocated to the defence budget.

The court at the time also ruled that “no expenditure can be assumed, ordered or carried out without being duly registered in the budget of the approved state… which was not the case.” Civil society advocates and creditors have been at odds if the ruling by Mozambique’s top court would have any impact on the government’s current efforts to restructure its debts. “We will never abandon the problem because to give up is to escape responsibility,” the president added. “Our country cannot be a failed state.”