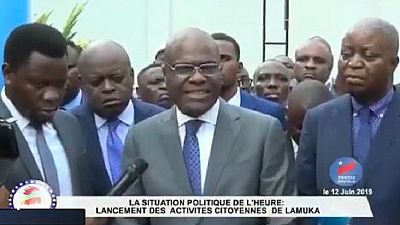 EEC, the Protestant Church of the Democratic Republic of Congo, DRC, has waded into a recent judicial ruling that led to the loss of over twenty parliamentary seats by the country’s main opposition party.

The Church described the ruling, earlier this week, of the constitutional court as a “violation of the law,” and questioned its legitimacy and timing.

“The ECC notes with regret the violation of the electoral law, especially since this law says that invalidations must be made within 60 days, that the constitutional court can invalidate the deputies in June, 5 months later, it is breaking the law,” said Pastor Moïse Bwema, chief of staff of the ECC president.

The court sitting in the capital Kinshasa as part of the its work on electoral disputes arising from the December 2018 legislative vote, sacked 23 members of the National Assembly.

The set included only lawmakers – parliamentarians and senators – of the opposition coalition Lamuka. Lamuka has since issued a statement rejecting the development and outlining plans to challenge them.

The coalition’s candidate in the December polls, Martin Fayulu, is largely believed to have won the polls according to independent observers.

The controversy around the court’s decision is heightened by the fact that all 23 seats taken from Lamuka have been handed over to candidates of the Joseph Kabila – led coalition, Common Front for Congo, FCC.

The FCC already hold a majority in both chambers of the National Assembly and have the majority of provincial governors.

The dominance of Kabila allies in the legislature have long been seen as one of the main challenges that incumbent president Felix Tshisekedi faces in effectively running the state machinery.

The current speaker of the National Assembly and Prime Minister are both Kabila allies. With the FCC backing the leadership of Jeanine Mabunda as parliament speaker and Kabila backing Ilunga Ilunkamba as Prime Minister.