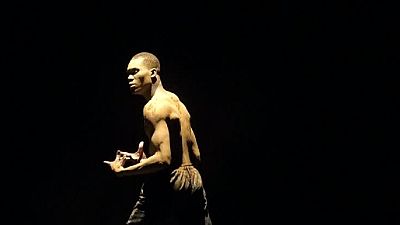 Renowned Burkinabe contemporary dancer and choreographer is showcasing his famous moves at his studio in Bobo Dioulasso, Burkina Faso.

Coulibaly has spent the past 20 years performing with his troupe ‘Faso Dance Theatre’ in some of the most iconic venues around the world.

Coulibaly recently returned home to Burkina Faso and Bobo Dioulasso, the country’s second biggest city. This is also where he hosted the third edition of his dance contest ‘Africa Simply the Best’.

Coulibaly says he wants his contribution to dance, to be the fusion of skills from Africa, with contemporary dance from all over the world.

The artist added that dance contests such as ‘Africa Simply the Best’ are important not just because they showcase the variety of talent that Africa has to offer, but also because they give a platform to African artists to share their gifts with the world.

Cameroon’s Zora Snake won the competition’s first prize, after wowing the judges with an energetic performance of his piece called ‘The Departure’, depicting his country’s current political crisis, and the role of the youth.

The top three winners will receive professional dance and theatre coaching and participate in a world tour that will expose them to international audiences.