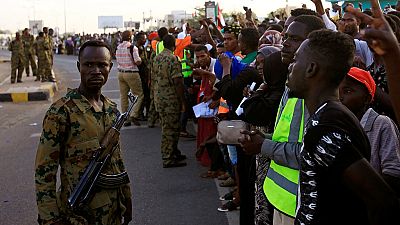 The military and leaders of the protest in Sudan resumed Sunday dialogue on the composition of a future transitional sovereign council, after a warning from Islamists on the need to keep Islamic law as the source of legislation.

The leaders of the protest want at all costs a civilian to lead this future key institution, after an urgent call from the international community for the negotiations to lead to a transition “truly civilian-led”.

Spearheading the protest, the LAC had earlier indicated that the negotiations would focus on the distribution, between army and protest leaders, and the seats of the Sovereign Council as well as on its future leader.

Negotiations were suspended on Wednesday by the Military Council led by General Abdel Fattah al-Burhane, who took power after President Omar al-Bashir’s dismissal and arrest on April 11.

The military demanded the removal of the barricades installed by demonstrators in Khartoum.

Since April 6, thousands of Sudanese have been camping outside army headquarters in the Sudanese capital to demand the transfer of power to a civilian administration.

On Friday, demonstrators dismantled several of these barricades.