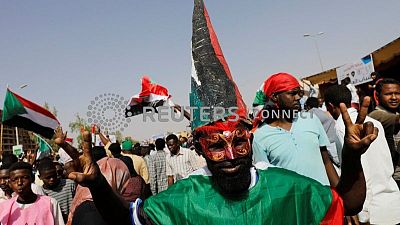 Sudanese demonstrators have vowed to keep up campaign for civilian rule.

On Friday, thousands of them performed weekly Muslim prayers outside army headquarters in Khartoum, continuing their sit-in to demand the military rulers cede power.

Since April 6, demonstrators have been gathering day and night in front of this headquarters, following a protest movement launched on December 19 to initially denounce the tripling of bread prices in the north African country facing an economic crisis, before turning into a protest against former President Omar al-Bashir.

Following increasing pressure from protesters, Bashir was dismissed on April 11 by the army after nearly 30 years of undivided rule and a Transitional Military Council took power for two years. But the demonstrators are now demanding the transfer of power to a civilian administration.

Led by General Abdel Fattah al-Burhane, the Military Council has so far resisted calls to cede power, including from the international community. However, three of the ten members of the Council resigned on Wednesday under street pressure.