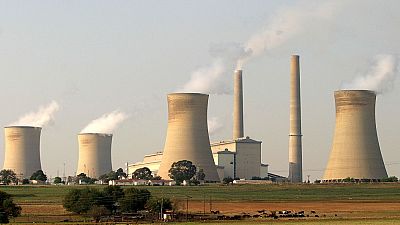 South Africa’s government has had to bring forward the bailout of state power firm Eskom, after it rushed 5 billion rand ($355 million) to the struggling utility earlier this month to avert a default and said more cash could be needed soon.

Eskom supplies more than 90 percent of electricity in Africa’s most advanced economy but is grappling with cashflow problems and a debt mountain which it is struggling to service.

The government in February promised Eskom a 23 billion rand a year bailout over the next three years, but it only expected to start giving the cash-strapped utility the first tranche of funds between August and October this year.

In order to avert a default by Eskom on its obligations, on 2 April 2019, the Minister of Finance ... authorised the payment of 5 billion rand.

But by the end of March, Eskom was experiencing difficulties raising funding, according to a finance ministry report to parliament seen by Reuters, prompting Finance Minister Tito Mboweni to authorise the cash transfer on April 2.

The fact that the first tranche of the bailout had to be brought forward highlights the precariousness of Eskom’s financial position, which has been exacerbated by spiralling diesel and maintenance costs.

“In order to avert a default by Eskom on its obligations, on 2 April 2019, the Minister of Finance … authorised the payment of 5 billion rand,” the report to parliament said, adding Eskom could need another government cash injection before April 30.

A finance ministry spokesman confirmed Mboweni had authorised the transfer of money to Eskom.

Early this month, Public Enterprises Minister Pravin Gordhan said the highest levels of government were considering a variety of additional financial support measures for Eskom, beyond the bailout announced in February.

Energy experts say the bailout is insufficient to make Eskom financially sustainable in the long term.

“Eskom does not anticipate generating sufficient internal cash to pay all of its maturing obligations at any point in time over the next five years,” the finance ministry report to parliament dated April 16 said.

The country’s largest opposition party, the Democratic Alliance (DA), called for parliament’s finance committee to reconvene to discuss the crisis at Eskom, which has taken centre stage before the country’s national elections in May. Parliament has been dissolved ahead of the elections.

“There is clearly an urgent need for complete transparency about the real financial status of Eskom and about the inevitability of further massive cash bailouts after the elections on the 8th of May,” the DA said in a statement.