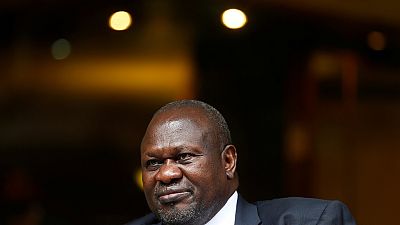 Former South Sudan rebel leader Riek Machar said on Friday he does not believe it will be possible for the country’s divided leaders to meet a May 12 deadline to form a national unity government.

In an exclusive interview with Reuters, Machar, who is slated to be first vice-president in the unity government, also said he is confident that the new military leadership in Khartoum will continue to guarantee the fragile South Sudan peace deal.

He said a six-month extension of the deadline was needed in order to unify defense forces and deploy them, demilitarize the capital Juba and other population centers, agree on the devolution of power and the release of political prisoners.

Machar said he discussed the extension with President Salva Kiir during a retreat at the Vatican that ended on Thursday with an appeal by Pope Francis to the leaders to respect an armistice and resolve their differences.

Sudan, which is predominantly Muslim, and the mainly Christian south fought for decades before South Sudan became independent in 2011. South Sudan plunged into civil war two years later after Kiir, a Dinka, fired Machar, from the Nuer ethnic group, from the vice presidency.

About 400,000 people died and more than a third of the country’s 12 million people were uprooted, sparking Africa’s worst refugee crisis since the 1994 Rwandan genocide.