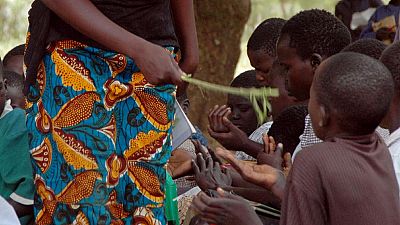 Zimbabwe’s apex court has delivered a ruling banning the use of corporal punishment for juvenile convicts stating that it was inhumane and contravened the constitution.

Nine judges sitting on a case referred to the Constitutional Court by a High Court in 2014 said authorities must explore other means of correcting errant juveniles other than using the cane.

The state-run Herald news portal reported that the case was in respect of a 15-year-old convicted for rape and who had been sentenced to six lashes by a lower court. Lawyers of the convict challenged the legality of the sentence.

Caning invades the integrity of the human body. It is an inhuman punishment which blocks the way to understanding the pathology of crime.

“The court holds that judicial corporal punishment is, by nature, intent and effect, an inhuman and degrading punishment within the meaning of Section 53 of the Constitution.

“The court also holds in respect of the main question that Section 353 of the Act is inconsistent with Section 53 of the Constitution.

“The order of the High Court concerning constitutional invalidity of Section 353 of the Act is hereby confirmed,” Chief Justice Malaba who led the sitting on Wednesday is quoted to have said.

The court further ordered that effective immediately all such sentences stood suspended: “With effect from 3 April 2019, no male juvenile convicted of any offence, shall be sentenced to receive moderate corporal punishment.

“The prohibition shall apply to juveniles already sentenced but awaiting execution,” he said.

The judgment stressed what it said was international best practice where such punishments had been expunged from law books. It focused on the damage and suffering that such punishment did to its victims.

“Caning invades the integrity of the human body. It is an inhuman punishment which blocks the way to understanding the pathology of crime.

“It has been abolished in many countries of the world as being incompatible with the contemporary concepts of humanity, decency and fundamental fairness,” the court ruled.

The subject of corporal punishment especially in homes and schools is a divisive subject with arguments going for and against its efficiency and the mode it should take.

Lawyers Tendai Biti and David Hofisi represented the Justice for Children Trust and the Zimbabwe Lawyers for Human Rights (ZLHR), respectively. Whiles one lawyer Thabani Mpofu joined as a friend of the court.