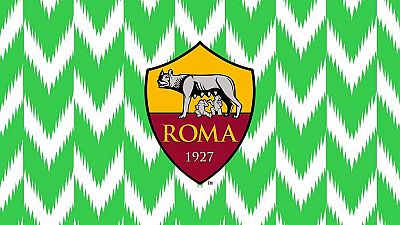 AS Roma, the Italian football giants, continue their cozy engagement with its African audience especially Nigerians with the launch of a Twitter account operated with pidgin English.

It is the first official account that targets a strictly African audience with the club stating in a March 20 statement that “it will help serve the audience on a daily basis in a style that suits them.”

The club has since the run up to the 2018 World Cup developed a relationship with Nigerians through the national football team – the Super Eagles. Their Twitter account has also celebrated football clubs across the world with a special focus on African clubs.

“The new account – which is being run out of Lagos and can be followed at @ASRomaPidgin – was set up after fans in Nigeria contacted the club to request an account to cater specifically for Naija (Nigeria) Twitter.

“Roma’s popularity amongst Nigerian football fans has been growing ever since the club featured Lagos radio personality Mark Otabor’s epic commentary of Roma’s comeback against Barcelona on the club’s English Twitter account and then ‘adopted’ Nigeria’s Super Eagles at the World Cup,” an official statement read.

“After Italy failed to qualify for the World Cup and we chose to support the Super Eagles, followers in Nigeria have been asking for a Pidgin English Roma account,” Roma’s Head of Strategy, Paul Rogers said.

With the launch of the new Pidgin English account, the Rome-based team now interacts in 13 different languages with fans on social media.

Much of African support for European football is concentrated in the English Premier League – between Manchester, Liverpool and Arsenal. In Spain, support is predominantly between Barcelona and Real Madrid.

The Milans – AC and Inter plus Juventus are also widely followed. AS Roma has in the last year made inroads with the management style of its English Twitter handle.