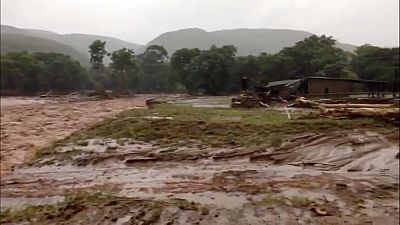 Cyclone Idai has left a trail of destruction in Zimbabwe.

A government official said Monday Cyclone Idai has created a humanitarian crisis in a nation grappling with economic troubles and drought.

Video obtained by Reuters showed people weeping as bodies were recovered from a local church in the aftermath of the cyclone.

The scale of destruction is only becoming apparent as rescuers reach the most affected areas, near the border with Mozambique.

Chimanimani district has been cut off from the rest of the country by torrential rains.

Winds of up to 170 km per hour has swept away roads, homes and bridges and knocked out power and communication lines.