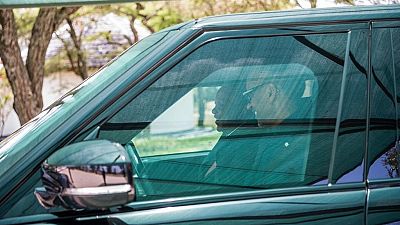 When an African leader visits the other, it is a time to roll out the best in terms of hospitality – red carpets, chauffeur driven flashy cars, the salutes, handshakes, hugs etc.

But for some political leaders, it is also a time to break the status quo and do what one might call the ‘out of the world.’ Like Rwandan president Kagame opted to do on Monday, drive his guest.

His counterpart Uhuru Kenyatta was in town for a one-day visit as part of a national event. Kagame at a point opted to drive him as per photos shared by Rwanda’s presidency.

In the recent past, a former president of neighbouring Democratic Republic of Congo, DRC, Joseph Kabila also drove himself to and from a meeting with his successor Felix Tshisekedi in the capital Kinshasa.

African leaders have more often taken the drivers’ seat when they are commissioning projects and they do so very briefly.

Ex-Liberian leader Ellen Johnson Sirleaf has been spotted driving herself a number of times. Over in Uganda, president Museveni is usually driven, he however has a knack for riding bicycles especially when he does the rounds to farms to inspect progress of plants.