Over 8 million Ethiopians in need of food aid, $1.3bn needed 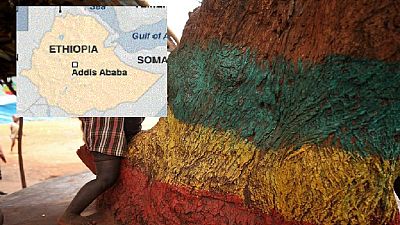 More than eight million people need food aid in Ethiopia, a 5 percent rise from last year, due to a surge in violence that has triggered mass displacement as well as the lingering effects of past droughts, officials said on Thursday.

The crisis has prompted an Ethiopian government appeal for $1.3 billion to provide emergency food and non-food assistance for 8.3 million people.

“The impacts of the climate change-induced droughts of 2016 and before have persisted. Moreover, violence in many parts of the country have added to the burden,” said Mitiku Kassa, Ethiopia’s commissioner of national disaster risk management.

Around 3 million people remain displaced in the Horn of Africa country of 100 million, according to the United Nations, largely due to a spate of ethnic clashes, mostly in the southwest and east, since last year.

The outburst of violence has overshadowed reforms initiated in late 2017 with mass releases of political prisoners that were intended to reduce tensions triggered by anti-government protests in 2015.

Abiy Ahmed, who took over as premier in April last year, has also presided over major political and economic changes that have included the pardoning of exiled rebel groups and reconciliation with longtime neighbouring foe Eritrea.

Although Ethiopia touts high growth rates, its economy still depends heavily on rain-fed farming, which employs three-quarters of the workforce.

Some 7.9 million people were in need of food assistance in 2018 and 5.6 million the year before, requiring over $3 billion in humanitarian aid.

Mitiku told reporters Ethiopia planned to spend over $107 million to cover the needs of this year’s impact from its own coffers. The government spent $342 million last year.