Botswana on Thursday agreed to extend a credit facility of up to $1 million to Zimbabwe, as part of renewed efforts to elevate their bilateral ties in key strategic areas of mutual interest.

Leaders of the two nations signed eight agreements at the inaugural ceremony of the Zimbabwe-Botswana Bi-National Commission in Harare.

President Emmerson Mnangagwa stressed that the two countries must strengthen their cooperation on “institutions that support democracy”.

“We continue to advocate for the reform and democratisation of the United Nations Security Council so that it serves as the pedestal of international justice, peace and security for all member states,’‘ said Mnangagwa.

On the other hand, President Mokgweetsi Masisi assured President Mnangagwa of Botswana’s support in economic development.

“Credit facility, we increased it from 500 million to 1 billion and the details which will be sorted out later on.”

Botswana had described as ‘unfounded’ recent media reports in Zimbabwe suggesting a $600 million-dollar loan to Harare.

Zimbabwe’s state owned newspaper, The Herald reported that the loan will consist of $500 million dollars for Zimbabwe’s diamond industry and a further $100 million to help private companies, whose operations have been hamstrung by the dollar shortage.

Last month South Africa said it had turned down Zimbabwe’s request for a $1.2 billion loan.

Zimbabwe’s diamond sector has struggled since the government kicked out private companies from the eastern Marange fields in early 2016 after they declined to merge under the state-owned mining company.

Relations between Zimbabwe and Botswana have improved recently following a strained period when Botswana’s ex-President Ian Khama, who stepped down in 2018, routinely criticised Zimbabwe’s former strongman Robert Mugabe for holding on to power for too long.

A military coup in 2017 forced Mugabe to resign, ending his 37-year rule. 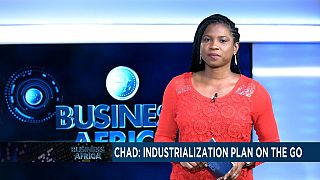