The executive committee of Uganda’s ruling National Resistance Movement, NRM, has endorsed President Yoweri Museveni as its candidate in the next presidential election due in 2021, potentially extending his tenure to 40 years.

Museveni, 74, has held office since 1986 when he took power after a five-year guerrilla war, making him one of Africa’s longest-ruling leaders.

“Museveni will be our presidential candidate. He is very popular,” NRM spokesman Rogers Mulindwa said at the end of a five-day committee meeting on Monday night. The decision now goes to the party membership for formal confirmation.

The opposition and rights groups say Museveni has maintained his grip on power through a mix of electoral fraud, violent clamp down on the opposition, suppression of dissent and deft co-opting of some of the opponents.

His backers deny that and say he has remained popular because of vigorous economic expansion, political stability and infrastructure construction under his rule.

In 2017 parliament, which is controlled by the ruling party, voted to remove a 75-year age cap on the presidency that would have barred him from standing again. It was the second time parliament changed laws to clear the way for him to extending his.

In 2005 a two-term limit clause that stopped him from seeking re-election was also deleted from the constitution.

The NRM executive committee’s endorsement typically results in Museveni being hand-picked by the party delegates’ conference as a sole candidate, sparing him competition in a primary party poll. The conference is scheduled for November.

He has not stated whether he intends to stand in the next election, but is widely expected to.

One of his opponents in the next polls could be singer and lawmaker Bobi Wine, whose real name is Robert Kyagulanyi, who has rattled officials with his fast-growing support base.

Kyagulanyi’s following has ballooned since he joined parliament nearly two years ago, drawn by his criticism of Museveni’s long rule and government excesses through his lyrics. Kyagulanyi told CNN television this month he was mulling running for president in 2021. 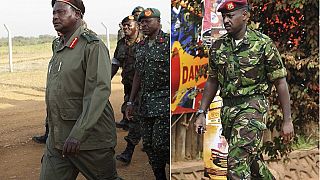 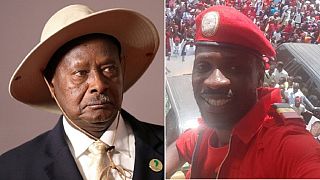