Polls critical to future of democracy in Nigeria, across Africa – U.S. 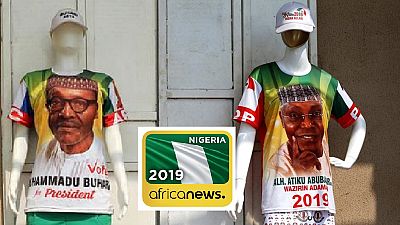 The United States says Nigeria’s presidential elections slated for today, February 16, is critical to the future of democracy in the country and across Africa.

The U.S. view was contained in a press release following calls between Secretary of State, Mike Pompeo and the two main aspirants in the race – President Muhammadu Buhari and ex-VP Atiku Abubakar.

Pompeo spoke to both men with barely 24-hours to the polls and stressed Washington’s support for the Nigerian goal of a free, fair and credible poll that reflects the will of the voters.

“The Secretary noted the conduct of the elections is critical for the future of democracy in Nigeria and across Africa,” a statement attributed to him said.

Buhari is seeking a second and final term in charge of Africa’s most populous nation and its largest economy. He came to power in 2015 becoming the first opposition candidate to defeat an incumbent – at the time Goodluck Jonathan.

The impact of Nigeria’s politics and its economy has made it a big brother across especially the West African subregion and the wider continent.

Over 84 million potential voters are expected to cast ballots across the 37 states with over 70 candidates on the ballot paper. Buhari is running on the ticket of the All Progressives Congress, APC with Atiku Abubakar leading the main opposition Peoples Democratic Party.

Earlier today I received a call from US Secretary of State, SecPompeo, who reaffirmed the international community’s commitment to free and fair elections in Nigeria.

Wishing you all a peaceful elections, wherever you are. God bless Nigeria. pic.twitter.com/cDoIN9g7jY

The Secretary noted the deep and long-standing partnership between the United States and Nigeria, Africa’s most-populous democracy and largest economy.

He underscored U.S. support for the Nigerian goal of free, fair, transparent, and peaceful elections that reflect the will of the Nigerian people.

He welcomed both candidates’ signing of a peace pledge and public commitment to renounce violence and to accept the results of a credible process. The Secretary noted the conduct of the elections is critical for the future of democracy in Nigeria and across Africa.