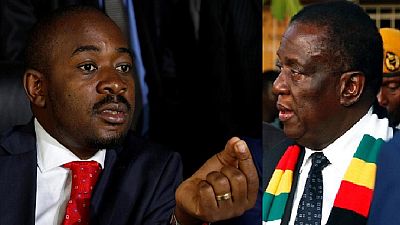 Zimbabwe’s churches on Thursday sought to broker talks between the government and its opponents over a political and economic crisis they said had left the country “angry and traumatised”, after the main opposition snubbed a meeting with the president.

The southern African nation had hoped to shake off its divided past after a 2017 coup forced long time leader Robert Mugabe from power, but last year’s disputed election won by President Emmerson Mnangagwa only deepened political rifts.

A security crackdown and post-election bloodshed in August and another one last month against violent protests has critics saying that under Mnangagwa, Zimbabwe is revisiting the authoritarianism that was the hallmark of Mugabe’s regime.

Mnangagwa skipped Thursday’s meeting after initially indicating he would attend. He was represented by Defence Minister Oppah Muchinguri-Kashiri.

Church leaders said they had stepped forward to mediate and reconcile political parties, which would lay the basis for the recovery of an economy battling a severe dollar shortage that has sapped supplies of fuel and medicines.

“Zimbabwe is clearly a hurting, angry and traumatised nation,” Bishop Ambrose Moyo, who heads the Ecumenical Church Leaders Forum, said during a prayer meeting with politicians.

“Such a dialogue as initiated by the churches will help us to do some serious introspection as we speak to one another. We stand committed to this process, set up by the united church to build peace, unity and prosperity.”

Some ruling party officials have accused Chamisa and his Movement for Democratic Change (MDC) of only seeking talks to be accommodated in government, which the opposition denies.

The last time the MDC held talks with the ruling ZANU-PF in 2008 resulted in the formation of a unity government that ushered a period of political and economic stability.

Striking a defiant tone, Chamisa said Zimbabwe’s political and economic problems would not be fixed until the issue of Mnangagwa’s legitimacy was resolved. He backed the church initiative, saying the clergy were independent mediators.

Chamisa said any dialogue that did not involve Mnangagwa and himself would not succeed. He repeated demands for the removal of the military from the streets and release of hundreds of people jailed during the mid-January protests.

Chamisa, who sat with two cabinet ministers, snubbed Wednesday’s talks with Mnangagwa, saying the dialogue must be brokered by an independent outside mediator.

In a speech read for him by Muchinguri-Kashiri, Mnangagwa said his doors would remain open for dialogue.