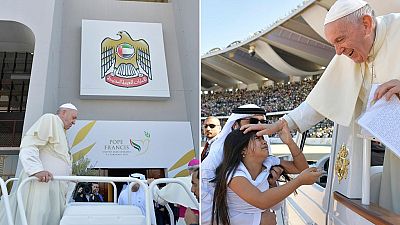 Pope Francis paid a visit on Tuesday (February 5) to the St Joseph cathedral in Abu Dhabi, during a landmark visit to the Arabian peninsula.

Francis, the first pontiff to set foot on the United Arab Emirate, blessed children and worshippers during his visit.

On Monday, the Holy Father was joined by the Grand Imam of Egypt’s Al-Azhar mosque, Sheikh Ahmed al-Tayeb, at a Human Fraternity meeting aimed at combating global terrorism and promoting inter-faith harmony.

Tayeb and the pope signed a document of “human fraternity” which carried a message against religious extremism. 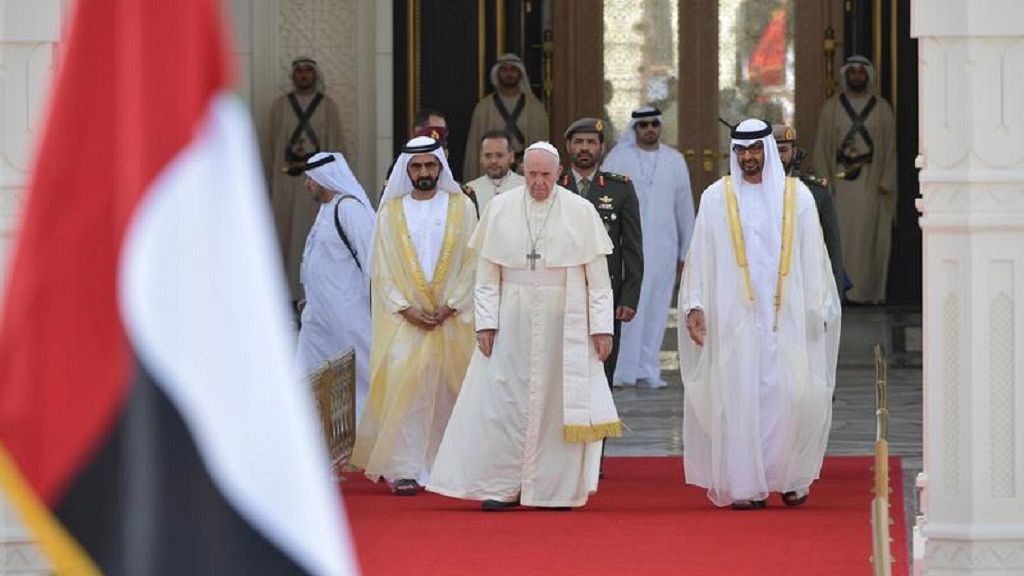 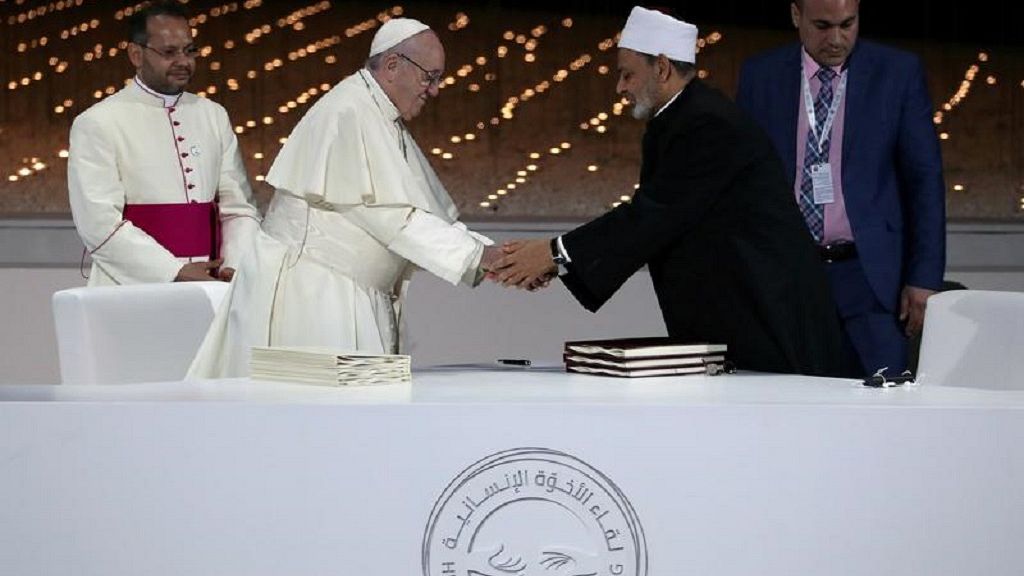 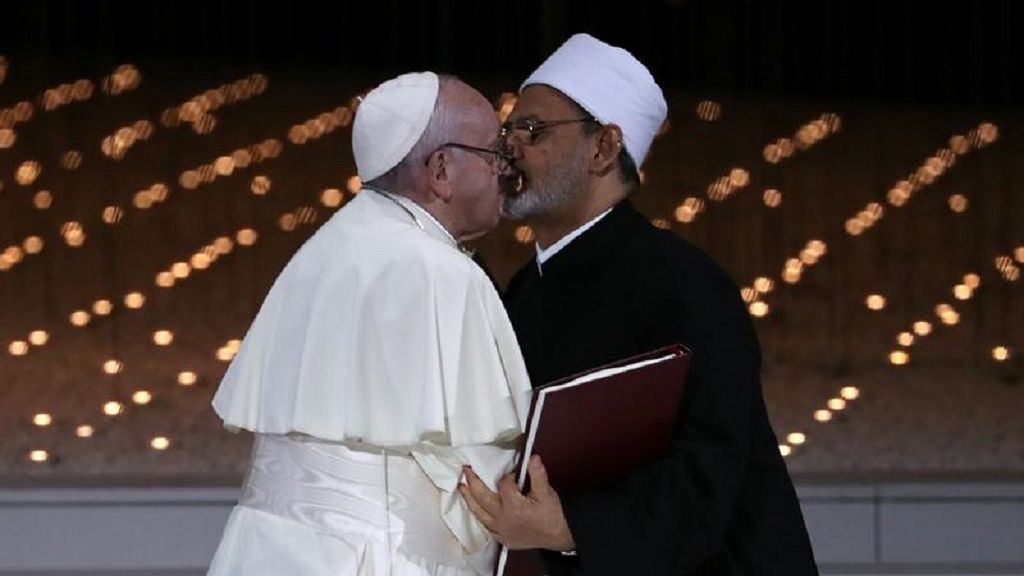 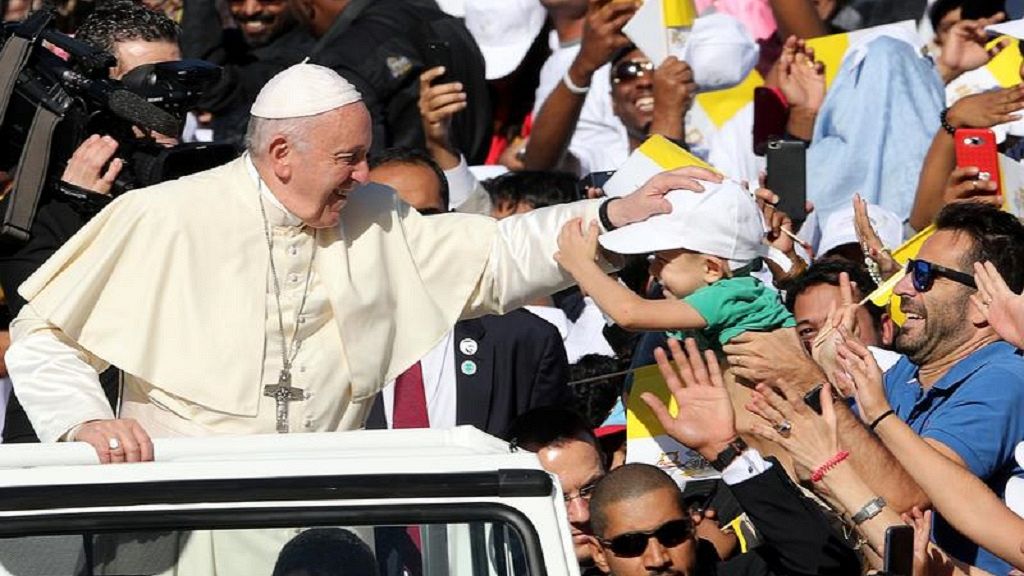 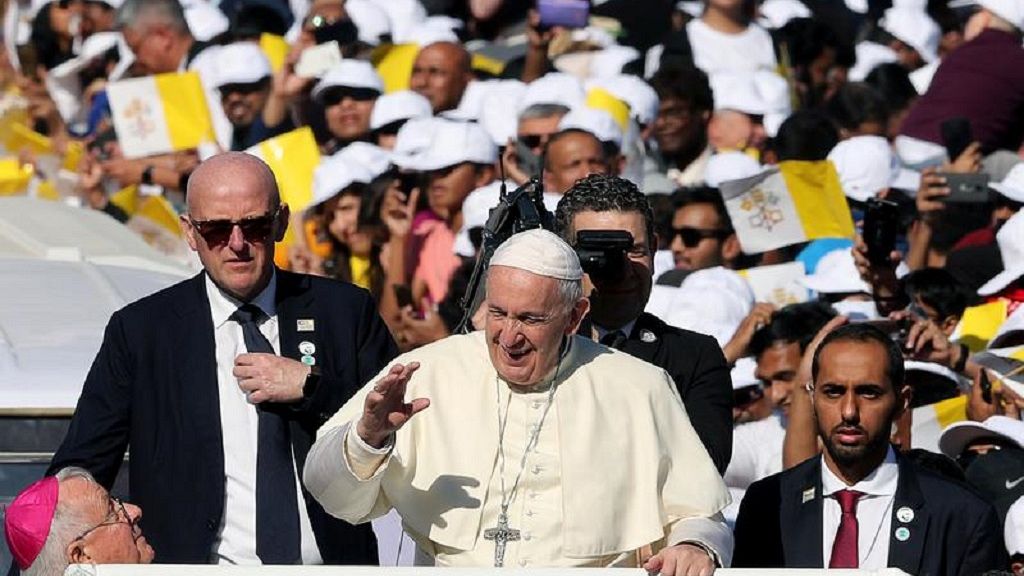 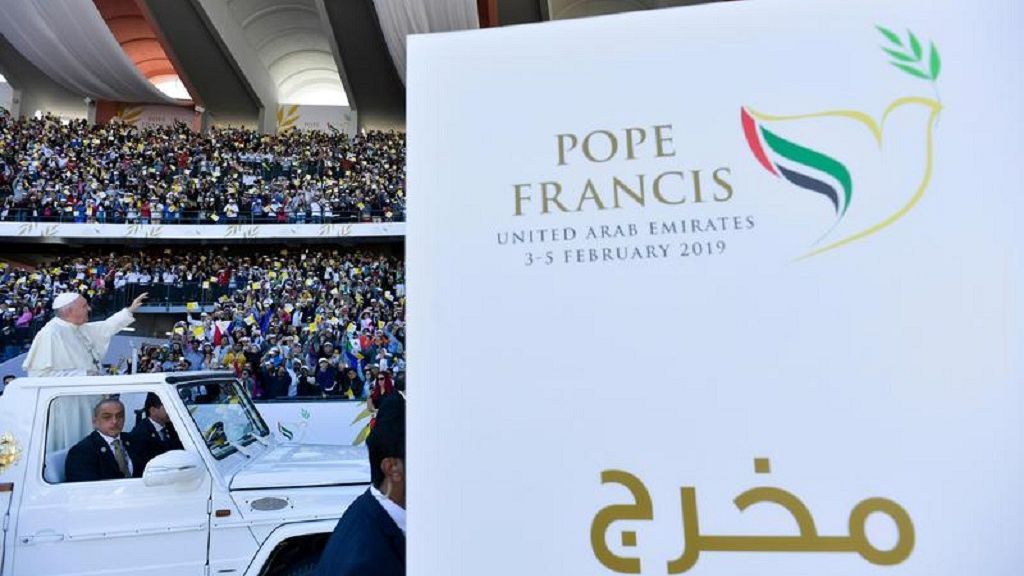 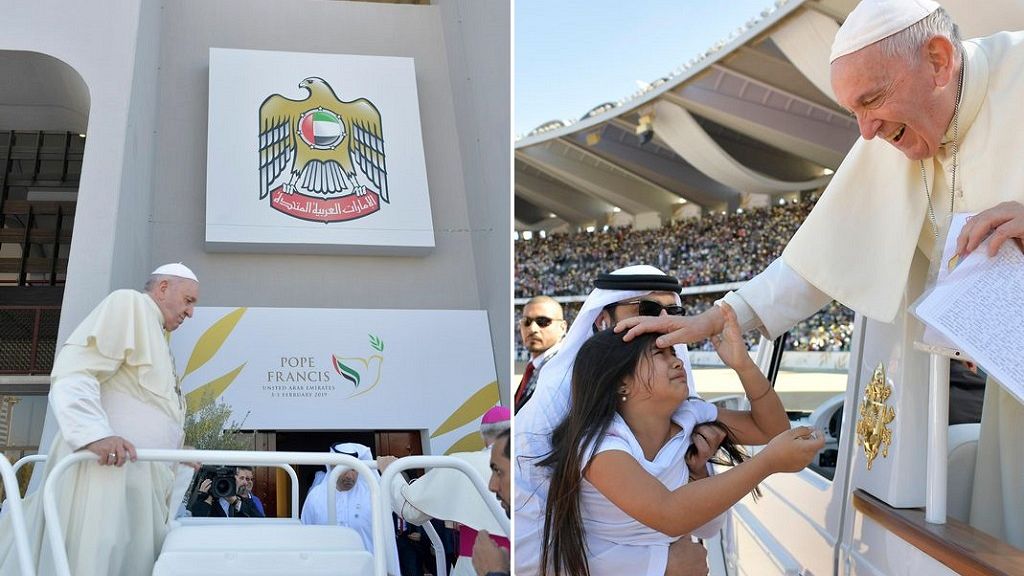 Priests and diplomats describe the UAE as one of the least restrictive environments in the Gulf for Christian worship, which is allowed in church compounds with special licenses. But like other Gulf states it outlaws unsanctioned religious gatherings and non-Muslims must not proselytize.

Vatican officials say they hope one of the immediate effects of the visit will be permission to build more church compounds in the UAE to minister to the Catholic community.

Later on Tuesday, Pope Francis celebrated an outdoor mass for some 135,000 Catholics in an Abu Dhabi sports stadium, an event with no precedent in the peninsula.

As the first pontiff to set foot in the UAE, which is playing a leading role in Yemen’s conflict as part of a Saudi-led military coalition, the pope denounced the “logic of armed power” in Yemen, Syria and other Middle East wars.

Earlier on Monday, the pope was welcomed to the sprawling Presidential Palace for private talks with Abu Dhabi’s Crown Prince Sheikh Mohammed bin Zayed al-Nahyan and other UAE leaders.