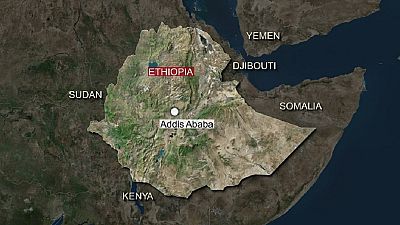 A deadly shooting incident involving the Ethiopian army has claimed the lives of a dozen civilians in a hotel located in Moyale, a border town with Kenya.

Local news portals cited sources that confirmed that the incident took place as federal forces were holding talks with ethnic militia groups – Oromo and Somali – to hand over the security of Moyale.

Since his coming into office in April 2018, the biggest headache to Prime Minister Abiy Ahmed has been the subject of internal insecurity. It has led to record displacements across the country.

Incidentally the worsening crisis has been in or connected to his home region, Oromia, which is also Ethiopia’s largest regional state. Abiy leads the ruling party in the region, the Oromo Democratic Party, ODP.

Reports from late last week through to the weekend indicated that heavy fighting between the two ethnic groups had killed at least 21 people and wounded 61.

The situation had also led to an escalation of violence that has sent hundreds fleeing across the border to neighbouring Kenya.

Outbreaks of violence in the south between the Oromos and especially the Somalis have escalated in recent times. The two groups have been engaged in prolonged conflict which has however intensified in recent months.