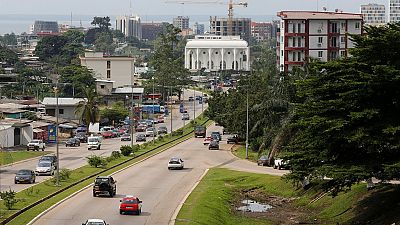 Gabon’s largest trade union called on its members to lay down their tools in a double-edged protest against recent actions by government.

The union asked members to strike in protest against austerity measures initiated by Libreville in June 2018. The second reason being a mid-November constitutional amendment.

Even though over 100,000 workers were expected to abandon their posts for the three-day strike, reports said not as many people heeded the call.

These are not political demands when we talk about the Constitution because the constitution is the fundamental law of a country, so the fight for its respect is a republican fight.

A union leader, Louis Patrick Mombo, is quoted as saying: “We call all Gabonese workers to strike to demand the cancellation of the austerity measures, the respect of the Gabonese constitution which was violated on November 14th by the Constitutional Court and to demand the resignation of the court.”

The country’s top court in November inserted a clause that allowed a delegated official to lead the cabinet meeting which was by law solely the job of the president.

The move followed the ill health and subsequent hospitalization of President Ali Bongo Ondimba in a Saudi hospital. The court ruled that the vice-president could chair the meeting which had not been held for weeks.

Before being amended by the Court, the Gabonese Constitution stipulated that only the president could authorize his vice-president to organize a meeting of Council of Ministers.

The union also dismissed talk that it was taking on a political colour and announced that in the event, that their concerns remained unattended, they were going to organize a major march on December 18th.

“These are not political demands when we talk about the Constitution because the constitution is the fundamental law of a country, so the fight for its respect is a republican fight,” Mombo told a local news portal.

President Ali Bongo Ondimba has been hospitalized for several days in Rabat, where he is recuperating.

On Saturday, for the first time since his hospitalization in Saudi Arabia on October 24, Vice President Pierre Claver Maganga Moussavou acknowledged that President Bongo had a stroke. Until then, no official source had revealed the evil suffered by the Gabonese president.