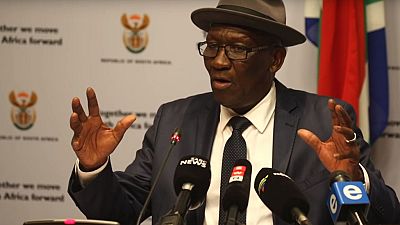 South Africa’s police minister, Bheki Cele has apologised for the safety and security gaps that marred the Global Citizen Mandela 100 concert, where several revelers were reportedly mugged and robbed of their personal belongings.

In a statement issued on Thursday, Cele said the police ‘could have done better’, adding that ‘lessons have been learned’.

‘‘Police have responded better, promptly and adequately. That’s why we said in the statement that we take this as a lesson,’‘ Cele said.

We concede that the inadequacy and lack of prompt response of the police may have exacerbated the situation and presented an opportunity for criminal activities.

Several South Africans took to social media to report and complain that they were attacked and robbed after the concert, as they waited for transport home. Ride-hailing app, Uber and the police who were designated security and trasnport providers have been blamed for the damage.

Cele said up to 50 cases have been opened following the concert, while 15 suspects have been arrested.

He explained that while all security protocols and safety measures had been followed by the concert organisers and the police, unforeseen circumstances of traffic and mobile network congestion caused the chaos.