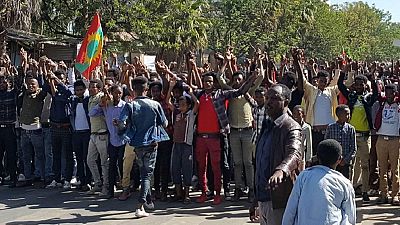 Ethiopia’s Attorney General has dispatched team on investigators to probe recent conflicts in parts of the country, the state-run FBC reported on Tuesday.

A statement sent to FBC said the teams were tasked to “investigate and identify those who are accountable for the conflicts that have led to death and displacement of people and caused damages to property.”

The statement further emphasized the resolve of the AG to ensure the rule of law and safeguard the wellbeing of citizens whiles bringing justice to persons adversely affected by the conflict.

Meanwhile, reports indicate that protests in parts of Oromia continued for a third straight day seeking government to get a grip on the state of security.

The government of Prime Minister Abiy Ahmed had promised to double down on persons believed to be behind the deadly incidents that have also led to displacements.

The Oromo Democratic Party, which governs the Oromia region and is also led by Abiy last week said it was doing everything possible to deal with insecurity.