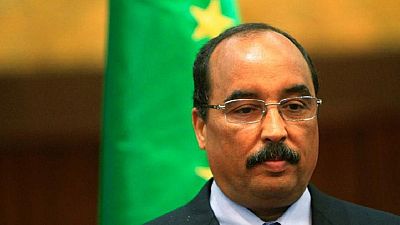 Mauritania’s president has said the fledgling G5 Sahel Joint Force set up to fight jihadists is more effective, with fewer resources, than the United Nations peacekeeping mission in Mali, MINUSMA.

Addressing the press on Wednesday, President Mohamed Ould Abdel Aziz said the G5 makes do with the little resources it has, despite lots of pledges, while MINUSMA has huge resources but does not do as well.

MUNISMA, set up in 2013, has an annual budget of around a billion US dollars but ranks as the most dangerous blue helmet group in the world with 173 fatalities, according to U.N. figures.

The G5 Sahel was launched in 2014 to counter terrorism in Burkina Faso, Chad, Mali, Mauritania and Niger.

However lack of funding , shortfalls in equipment and training have led to delays in its operations.

The G5 Sahel Joint Force has received $ 114 million in financial support from the E.U., but much of around $480 million that was pledged at an international donor conference in Brussels on February 23 has not been fulfilled.

President Aziz said he does not understand why the international community continues to pour billions of dollars into MINUSMA without results as compared to the five G5 countries that are unable to raise even one-tenth of what goes to MINUSMA annually.