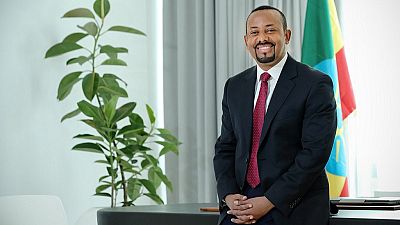 <p>Ethiopian Prime Minister Abiy Ahmed has finally spoken on ongoing anti-corruption and rights abuse clampdown stating that there was not going to be any backing down let alone retreat.</p> <p>A statement from the Abiy’s office issued in Amharic tasked citizens to rally behind the development as a means of ridding the country of lawlessness and criminal elements.</p> <p>State-affiliated <span class="caps">FBC</span> reported that the statement titled, ‘Let’s Fight (the) Cancer,’ said the government was bent on bringing people behind injustices to book.</p> <p>The statement said the underlying objective of recent arrests was to rid Ethiopia of criminals. “… criminals do not care about ethnicity, country, or morality; they only care for themselves.</p> <p>“The key to justice is to create a system for innocent citizens to live in freedom and dignity while criminals are held accountable and punished in accordance with the law,” the statement read in part.</p> <p>Since early this week, authorities have announced the arrest of over sixty former military and intelligence officials arrested in connection with rights abuse in prisons and gross corruption in the military run business conglomerate, Metals and Engineering Corporation, MetEC.</p> <p>A former head of MetEC, Kinfe Dagnew; and a former intelligence chiefs, Tekleberhan Woldearegay and Yared Zerihun have all been detained and put before courts in the capital, Addis Ababa.</p> <p>Head of security at the state monopoly, Ethio Telecom, Gudeta Olana, has also been arrested as has head of the entity and brother of ex-MetEC boss, Essayas Dagnew.</p> <iframe src="https://www.facebook.com/plugins/post.php?href=https%3A%2F%2Fwww.facebook.com%2Fafricanews.channel%2Fposts%2F2092131527517350&width=500" width="500" height="487" style="border:none;overflow:hidden" scrolling="no" frameborder="0" allowTransparency="true" allow="encrypted-media"></iframe>