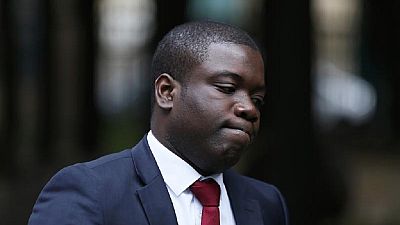 Authorities in the United Kingdom, UK, have deported a former UBS trader jailed for Britain’s biggest fraud over unauthorised trades that cost the Swiss bank $2.3 billion.

Kweku Adoboli, a Ghanaian national who has lived in Britain since he was 12 had serially worked to avert the threat of deportation at a court hearing in London in December 2017.

The BBC reported on Wednesday that Adoboli was due to be flown out of Heathrow airport after he had been detained in Scotland on Monday evening.

Adoboli’s case made global headlines when he was arrested in 2011 and tried in 2012 over the huge losses to UBS, caused by trades far in excess of his authorised risk limits which he had pretended to hedge by booking fictitious off-setting trades.

Adoboli, now in his late thirties has been appealing against an order made by the British authorities in July 2014 that he should be sent back to Ghana as a foreign criminal. Ghanaians have reacted to the deportation on social media outlets – Facebook and Twitter.

Ei benkoku so all those years Kofi Adoboli was making money for & in the UK, they didn't send him here but now that he's caused wahala, they are deporting him home ehn? See double standards. No please like home #CitiCBS

Kweku Adoboli is the fall guy. UBS software should have prevented him from taking crazy risks just like the software used by small retail investors. Allowing a naive youngster to bet billions of dollars is criminal. He needs decades of experience to become a Warren Buffett.

After solid 34 years out of Ghana, Kwaku Adoboli is finally home, deported! Can we have another home apart from our homes?
Welcome Kwaku, Ghana loves you.

They actually deported Kweku Adoboli! The guy hasn’t lived in Ghana since the age of 12. Are they on drugs on something?

He had previously accused the Home Office, Britain’s interior ministry, of having mishandled his case. Among other issues, he says officials falsified a copy of his passport, wrongly asserted he was ineligible to work in Britain, and got basic facts about his life wrong in the deportation order.

Since his release from prison in June 2015, Adoboli has campaigned for cultural change in financial services. He says he is remorseful for the actions that led to his fraud conviction, but should be allowed to stay in Britain because of strong personal ties in the country and the public interest in his advocacy work.

“I paid my dues in full as a model prisoner and since as an advocate for learning and change,” he wrote in a legal document seen by Reuters.

Adoboli has gained widespread support for his efforts to stay in Britain, including from Scottish National Party lawmaker Hannah Bardell, who represents the area in Scotland where he has been living with his two godsons and their parents.

Born in Ghana in 1980, Adoboli moved to Jerusalem with his family in 1984 when his father, a United Nations official, was posted there. The family later moved to Syria, and Adoboli never lived in Ghana again apart from during a short stint when the family had to leave Damascus because of the first Gulf War.

In 1992, aged 12, Adoboli was sent to a Quaker boarding school in Yorkshire, northern England. He has lived in Britain ever since.