Cameroon parents worried over lack of info on abducted children 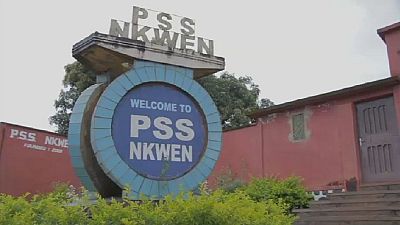 Forty-eight hours after the abduction of 79 children from a local school in Bamenda, capital of Cameroon’s restive North West region, parents have been flooding the campus for any available information on their children.

There has been no official statement from the school authorities and as reporters spoke to the parents, most of them believed a number of children who had not been kidnapped were being held by the authorities, something that only piles up their frustration.

The 79 children, their principal, and a driver, were taken into the bush outside the town, military and government sources said, and the army has started a rescue operation.

Meanwhile government has accused separatists who are currently fighting an armed campaign for independence in the English speaking side of the country where the kidnappings occurred.

However the separatists responded on social media claiming that this was a government organised scheme to deter attention.

The abductions, the worst incident recently, came just a day before longtime President Paul Biya was to be sworn in for a seventh term in office.