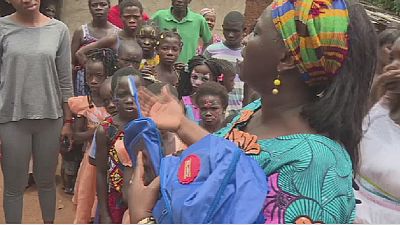 In Côte d’Ivoire, the children of Allepilla can now study easily at night by using solar school backpacks. In this village, which produces cocoa, coffee and food products, 400 people, including 150 children, live without electricity with a single water pump.

For the parents of the students of this village located about a hundred kilometres north of Abidjan, the capital of Côte d’Ivoire, this is a step forward.

According to the NGO Yiwo Zone, which raised the necessary funds for this donation, the principle is simple: the schoolbag, which costs 20 euros per unit, is equipped with a solar panel that charges a battery during the round-trips to the school.

It really makes life easier for these kids. We have seen that these bags have improved the academic performance of some children. So this year again we did everything we could to get the bags. And it is the donors, the people on the Internet that we contact, who see our actions on the ground via the Internet that offer

This idea of solar schoolbags whose fully charged battery can power an LED lamp for three hours came from Evariste Akoumian, a computer equipment salesman, who suffered a car breakdown that changed his life in 2015.

His company Solarpak is only a few years old but has already sold 55,000 school bags and expects to sell 60,000 in 2018. It already exports its binders to Gabon, Madagascar, Burkina Faso and to NGOs in France and Germany.

While Côte d’Ivoire officially boasts an 80% electrification rate for the country, thousands of villages and still do not have access to electricity. 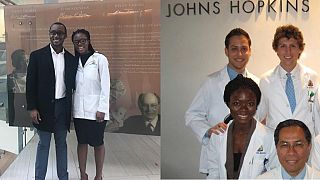