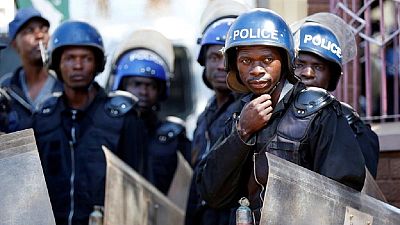 Zimbabwe’s Constitutional Court has ruled that a law that allows police to authorize protests could be misused by state machinery.

The court has by their position outlawed section 27 of the Public Order and Security Act, POSA. The development effective means that citizens can protest without police clearance, the NewsDay portal reports.

The report says a full bench of the court led by Justice Rita Makarau handed down the judgment on Wednesday. She cited issues of lack of fairness and lack of scope by the regulatory body as core basis for the ruling.

“In addition to failing to pass the test on fairness, necessity and reasonableness, there is another feature of section 27 of Posa that I find disturbing. It has no time frame or limitation as to the number of times the regulating authority can invoke the powers granted to him or her under the section,” Justice Makarau said.

“Thus, a despotic regulating authority could lawfully invoke these powers without end. This could be achieved by publishing notices prohibiting demonstrations back-to-back as long as each time the period of the ban is for one month or less.

“It, thus, has the potential of negating or nullifying the rights not only completely, but perpetually. On the basis of the foregoing, it is my finding that section 27 of the Public Order and Security Act (Chapter 11:17) is unconstitutional,” she stressed.

The Zimbabwe Republic Police, ZRP, until now had to be contacted in case any group planned protests anywhere in the jurisdiction.

ZRP had to be notified with respect to giving security to persons and easing the instance of social disruption by protesters but the court is of a different view.

Civil society organizations, CSOs and opposition parties have been at the forefront of calls for a repeal of the law. The case was taken to the court by a group of political and human rights CSOs earlier in May.

Section 27 of POSA stipulates that: “Temporary prohibition of holding public demonstrations within particular police districts can be made if a regulating authority for any area believes on reasonable grounds that there might be public disorder.”

Enforcement of the judgement has however been suspended for a period of six months. The ruling said the period was to allow for relevant authorities in the case to duly amend the said law if they are so inclined.

“It is just and equitable in my view that the second and third respondents (Police Commissioner-General and Home Affairs minister) be allowed time to attend to the defects in section 27 of the Public Order and Security Act if they are so inclined,” she said.

“The question referred to this court by the Supreme Court is answered as follows: ‘Section 27 of the Public Order and Security Act is unconstitutional.

“The declaration of constitutional invalidity of section 27 of the Public Order and Security Act is suspended for six months from the date of this judgment. The matter is referred to the Supreme Court for the determination of the appeal. Each party shall bear its own costs,” she added.