Eritrea will rejoin, it's just a matter of time: IGAD Secretary General 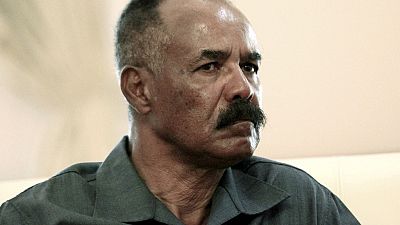 The Executive Secretary of the Inter Governmental Authority on Development (IGAD), Ambassador Mahboub Maalim says it’s only a matter of time before Eritrea is officially welcomed back into the regional body.

It has been reported that Eritrea, which suspended its IGAD membership in 2007, would be rejoining at the Summit of IGAD Assembly of Heads of State and Government, held in Addis Ababa on Wednesday.

Arrived in Addis Ababa, Ethiopia for the 33rd extra ordinary summit of the Inter-governmental Authority on Development (IGAD). The summit will, among others, deliberate on issues of the South Sudan peace process and Eritrea's re-entry into the bloc. pic.twitter.com/AN8JCxl4lS

While Asmara reactivated its membership in July 2011, Eritrea’s representative to the IGAD Council of Ministers meeting in Addis Ababa in August that year, was informed that he could not sit in the meeting and was escorted out.

Eritrea’s representatives have not attended IGAD meetings since.

Eritrea, which has been at the heart of several diplomatic rapprochements in recent months, including normalisation of relations with Somalia, Ethiopia and Djibouti, was however conspicuously absent from the summit.

‘‘Essentially the deal is done, we just await a pronouncement,’‘ said Ambassador Maalim, arguing that the joint declaration signed between Somalia, Eritrea and Ethiopia last week had all but paved the way for the re-entry.

Eritrea has not offered an explanation for snubbing the summit, where it was clearly expected and had been drafted into the agenda.

IGAD on peace in Horn of Africa

On Sunday, IGAD issued a statement welcoming the joint declaration on the comprehensive cooperation signed among the three Horn of Africa nations.

A top U.S. diplomat on Wednesday, Tibor Nagy told a congressional hearing, that while the country welcomed the normalisation of relations between Ethiopia and Eritrea, it remained concerned about the latter’s human rights record.