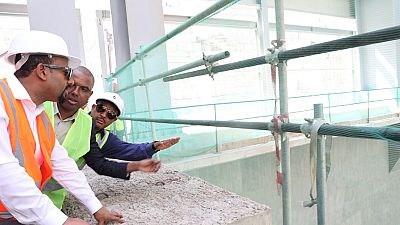 Ethiopia’s prime minister announced that the contract of state-run Metals and Engineering Corporation (METEC) at the $4 billion dam project on the River Nile, has been terminated due to numerous delays in completing the project.

The Grand Renaissance Dam is the centrepiece of Ethiopia’s bid to become Africa’s biggest power exporter.

Prime Minister Abiy Ahmed said at the weekend that the government had cancelled the contract of METEC, which is run by Ethiopia’s military, and would award it to another company.

It is a project that was supposed to be completed within five years, but seven or eight years later not a single turbine is operational.

Italian firm Salini Impregilo remains the main contractor building the dam, while METEC was the contractor for the electromechanical and hydraulic steel structure divisions of the project.

The government has touted the 6,000-megawatt dam project, which is 60 percent finished, as a symbol of its economic reforms.

“It is a project that was supposed to be completed within five years, but seven or eight years later not a single turbine is operational,” Abiy said during a news conference in Addis Ababa on Saturday.

“Salini has even demanded compensation because of the delays. We decided to cancel a contract with METEC and offer companies with experience. Otherwise, it will take even longer,” he said.

Abiy has presided over a series of reforms since coming to power in April, releasing political prisoners, relaxing state control of the economy and dramatically improving relations with Ethiopia’s neighbour Eritrea.

The government had previously said the dam would be completed within two years, but recently Abiy said it may face a lengthy delay.

An official at METEC, who did not wish to be named, said the company first heard of the cancellation on Saturday.

“Even now our workers are on the site,” the official said.