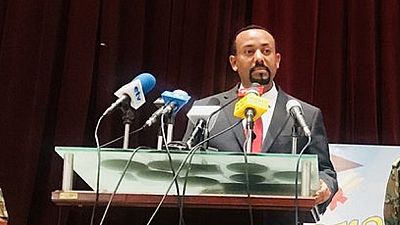 Journalists in Ethiopia are gearing up for a media interaction with Prime Minister Abiy Ahmed. Today’s session will be the first ever by the PM since coming into office on April 2, 2018.

His chief of staff, Fitsum Arega, announced on Friday that Abiy was due to hold a question and answer session with the media on current affairs, confirming earlier reports in local media.

The independently-run Addis Standard portal said the event was to take place at the Prime Minister’s office in the capital Addis Ababa.

The PM has occasionally granted interviews to the state-run media outlets like the Ethiopia Broadcasting Corporation. He has also responded to media questions during events – the most recent being a visit to the Ethiopian Orthodox patriarch who recently relocated from the united States.

Among other issues that are expected to be raised are the state of internal security and displacements, Ethiopian diplomacy in the wake of the peace deal with Eritrea, areas of reform such as electoral, media laws and the liberalization of the economy.

Media outlets – local and foreign have had to depend largely on the chief of staff’s twitter handle to get information about the PM’s office, a situation that caused most people online to decry the overly centralized nature of information.

Prime Minister Abiy Ahmed will be meeting with 150 members of the local media this afternoon. This is to be his first audience with the media since he became premier. Not sure if the international media is included. It will be transmitted live on Fana TV.