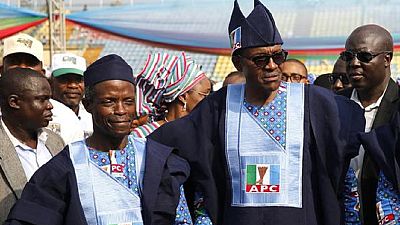 <p>Nigeria’s acting president Prof. Yemi Osinbajo has terminated the appointment of the Department of State Security (<span class="caps">DSS</span>), Lawal Musa Daura.</p> <p>The decision to fire the top intelligence chief is believed to be connected with a Tuesday morning blockade of the country’s legislature – the National Assembly, <span class="caps">NASS</span>.</p> <p>Osinbajo’s personal assistant tweeted that the former <span class="caps">DSS</span> chief had been directed to hand over to the most senior officer of the State Security Service till further notice. </p> <blockquote class="twitter-tweet" data-lang="en"><p lang="en" dir="ltr">Acting President <a href="https://twitter.com/ProfOsinbajo?ref_src=twsrc%5Etfw"><code>ProfOsinbajo</a> has directed the termination, with immediate effect, of the appointment of the Director General of the Department of State Services (DSS), Mr. Lawal Musa Daura.</p>&mdash; Presidency Nigeria (</code>NGRPresident) <a href="https://twitter.com/NGRPresident/status/1026820519801364482?ref_src=twsrc%5Etfw">August 7, 2018</a></blockquote> <script async src="https://platform.twitter.com/widgets.js" charset="utf-8"></script> <p>The presidency in a statement said the obstruction of lawmakers was without its consent. The <span class="caps">DSS</span> is a security arm that is directly under the presidency. It is responsible for primary domestic intelligence and protection to top government officials.</p> <p>Armed and masked personnel from the <span class="caps">DSS</span> temporarily block the entrance of <span class="caps">NASS</span> at a point blocking lawmakers from accessing the premises. After the lawmakers were allowed in, other officials and the media remained barred from the premises.</p> <p>President Buhari handed over presidential duties to Osinbajo as he left Abuja to London for a 10-day vacation.</p> 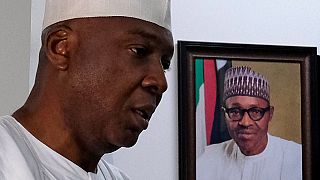