Ghana president fires minister who misled him on power deal 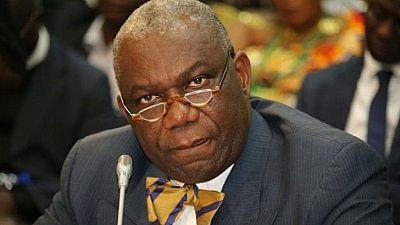 President of Ghana, Nana Addo Dankwa Akufo-Addo on Monday evening relieved a key cabinet minister of his duties, the presidency said in a statement.

The August 6, 2018 statement said the president had: “relieved the Minister of Energy, Mr. Boakye Agyarko, of his position, with immediate effect.

The latest move from Flagstaff House – i.e. the presidency – is related to a power deal over which the sacked minister is said to have misled the president.

The Ameri power deal was entered into by the former government but the then opposition and now ruling New Patriotic Party (NPP) promised to review it if it won the elections.

In February 2017, a month after coming into office, the NPP government set up a committee to review the deal. It concluded that the deal was overpriced by $150 million. A move to reverse the deal through parliament was boycotted by the minority in parliament.

In July 2018, the dismissed minister presented a revised Ameri deal to parliament after the president reportedly gave his approval. The new deal was primarily handing over the deal to a new company to execute.

But a joint parliamentary committee blocked approval of the new deal until the minister presented five crucial documents. Then came news that the current deal was a bad one leading the president to call for its withdrawal from parliament.

The statement signed by Director of Communications further noted that the Minister had been asked to hand over his office to a fellow minister. The Minister of Lands and Natural Resources is to act as Minister of Energy till a substantive appointment is made.