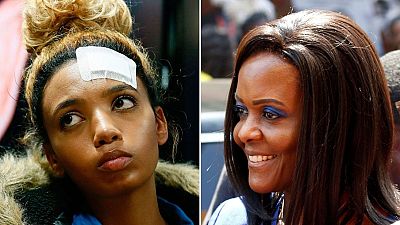 The High Court in Johannesburg has set aside the International Relations Department’s decision to grant Grace Mugabe diplomatic immunity.

The former Zimbabwean first lady allegedly assaulted Gabriella Engels at a hotel in August last year but was allowed to leave the country without being prosecuted.

The ruling has now paved the way for Mugabe to be extradited to face charges.

The decision was made by former International Relations Minister Maite Nkoane-Mashabane.

Judge Vally did not read his entire judgment into the record, just the order.

The Democratic Alliance (DA) and AfriForum had argued that Mugabe was not entitled to automatic diplomatic immunity because she was the spouse of a head of state.

The International Relations Department claimed that it did not grant the immunity, but rather recognised it under international law.