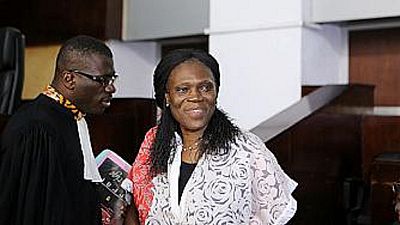 Andre Blede Dohora also deplored that Simone Gbagbo’s defense had not been summoned to appear before the Court before giving its verdict.

The wife of former president Laurent Gbagbo, in power from 2000 to 2010, was acquitted last March after being accused of implication in the shelling of Abobo market in a district of Abidjan.

The district is broadly supportive of current President Alassane Ouattara, Gbagbo’s rival in the 2010 election.

Simone Gbagbo was also accused of being a member of a “crisis cell” that allegedly coordinated attacks by the armed forces and militias in support of her husband.

She was serving a 20-year sentence handed to her in 2015 for “endangering state security”.