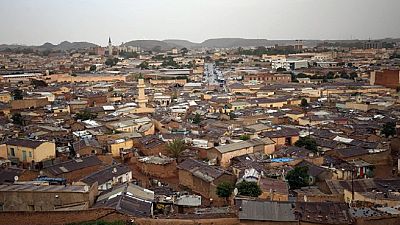 Following the historic peace deal between Eritrea and Ethiopia that saw the leaders of the two countries end a two decade ‘state of war’, Eritreans have taken to social media to task their leader, president Isaias Afwerki to implement critical human rights reforms and match the pace of his counterpart, Abiy Ahmed.

Started by an Eritrean activist, Vanessa Berhe, the hashtag, #QuestionsForIsaias has gained traction as several people agree with the law student at the SOAS University of London that all the restrictions and oppression that was ensured in the name of keeping up a united front against a foreign aggressor -Ethiopia must be reversed.

‘‘It’s been more than 2 weeks since the signing of the Eritrean/Ethiopian peace declaration and still nothing has changed in Eritrea,’‘ read part of the tweet that started off the campaign.

It's been more than 2 weeks since the signing of the Eritrean/Ethiopian peace declaration and still nothing has changed in Eritrea.

It's been more than 2 weeks since the signing of the Eritrean/Ethiopian peace declaration and still nothing has changed in Eritrea. I have a lot of questions for Isaias and I know more people do too. Use #QuestionsForIsaias to raise your concerns & put pressure. Tag hawelti too! pic.twitter.com/RzlpZLTuex

Berhe runs the ‘One Day Seyoum’ campaign that is ‘fighting for the release of Seyoum Tsehaye, an Eritrean journalist who was imprsioned in 2001. Berhe is Seyoum’s niece.

Eritrea’s president, Isaias Afwerki used Ethiopia’s refusal to implement the Algiers Agreement that gave the disputed town of Badme to Asmara, to justify a host of repressive domestic policies.

“The country was put on hold for 20 years and everything revolved around the border dispute,” says Abraham Zere, an exiled journalist and executive director of the literature and rights organisation, PEN Eritrea.

#QuestionsForIsaias Why are Ethiopians allowed to fly to Eritrea but one can’t even book a flight out of Asmara through flyethiopian? Why are you holding the Eritrean people hostage in their own country? pic.twitter.com/p9elI8v1tC

#QuestionsForIsaias when will you release Siham Ali Abdu, she has been in prison since she was 15 years old, what was her crime? hawelti pic.twitter.com/AOAONboSF6

#QuestionsForIsaias when will you re-open Asmara University? Our education system is being held back decades to suit your soul purpose. It is time to unleash our youths potential! Open our Uni … let science & technology be explored… political ideologies critically analysed.

When will you make peace with your own people? #QuestionsForIsaias

When will you stop censoring writers and journalists in Eritrea? #QuestionsForIsaias

When was Ethiopia ?? military resigning from our Eritrea ?? territory. Why Ethiopia use our ports before resigning Badme and other areas?why Eritrean airlines sold out to Ethiopia before demarcation border why why #QuestionsForIsaias

#QuestionsForIsaias when will the next election take place? And will you participate? And if you do, do you think you can win?

So far, the only glimmer of hope from Eritrea has ben news that the latest batch of recruits to Eritrea’s national service have been told it will last no longer than 18 months, raising hopes the indefinite conscription that forces thousands of young men to flee every month may be ending.