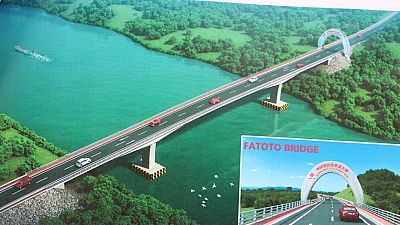 The Gambian government plans to construct two key bridges in the country’s Upper River Region as part of plans to boost transportation and movement of people and goods.

The presidency said on Friday that president Adama Barrow had been presented with designs for the two bridges and a road network when he arrived in the region on his nationwide tour.

The presentation, which was done on the sidelines of the ongoing nationwide tour, at the President’s hometown of Mankamang Kunda, was meant to brief the President about the state of preparedness for the construction of a bridge at Basse-Fatoto and Chamoi-Suduwol crossing points.

The President was told that the construction will commence before the end of 2018, the presidency’s statement read in part. A completion time was however not given or how much the project is estimated to cost.

The designs were presented to Barrow by the Chinese ambassador to the Gambia, Zhang Jiming, who was also accompanied by some officials.