Backstage at one of the world’s largest indoor theme parks

Batman and Superman are about to move into their first official home in the Middle East.

Warner Bros. World Abu Dhabi, opening on July 25th, is set to be one of the largest indoor theme parks on the planet, comprising of 29 attractions spread across 1.65 million square feet.

PICTURE GALLERY: A SNEAK PEEK OF ONE OF THE WORLD’S LARGEST INDOOR THEME PARKS BEFORE ITS OPENING

The US entertainment giant, Warner Bros. has been actively involved in every element of the venue’s construction and development in the UAE.

“[Warner] approved every tabletop, every chair, every piece of rock work and brickwork,” explains Mark Gsellman, general manager of the park. “They’ve checked the light switches in the outlets, they’ve chosen light fixtures for the park – the sound, the music, every square inch.” 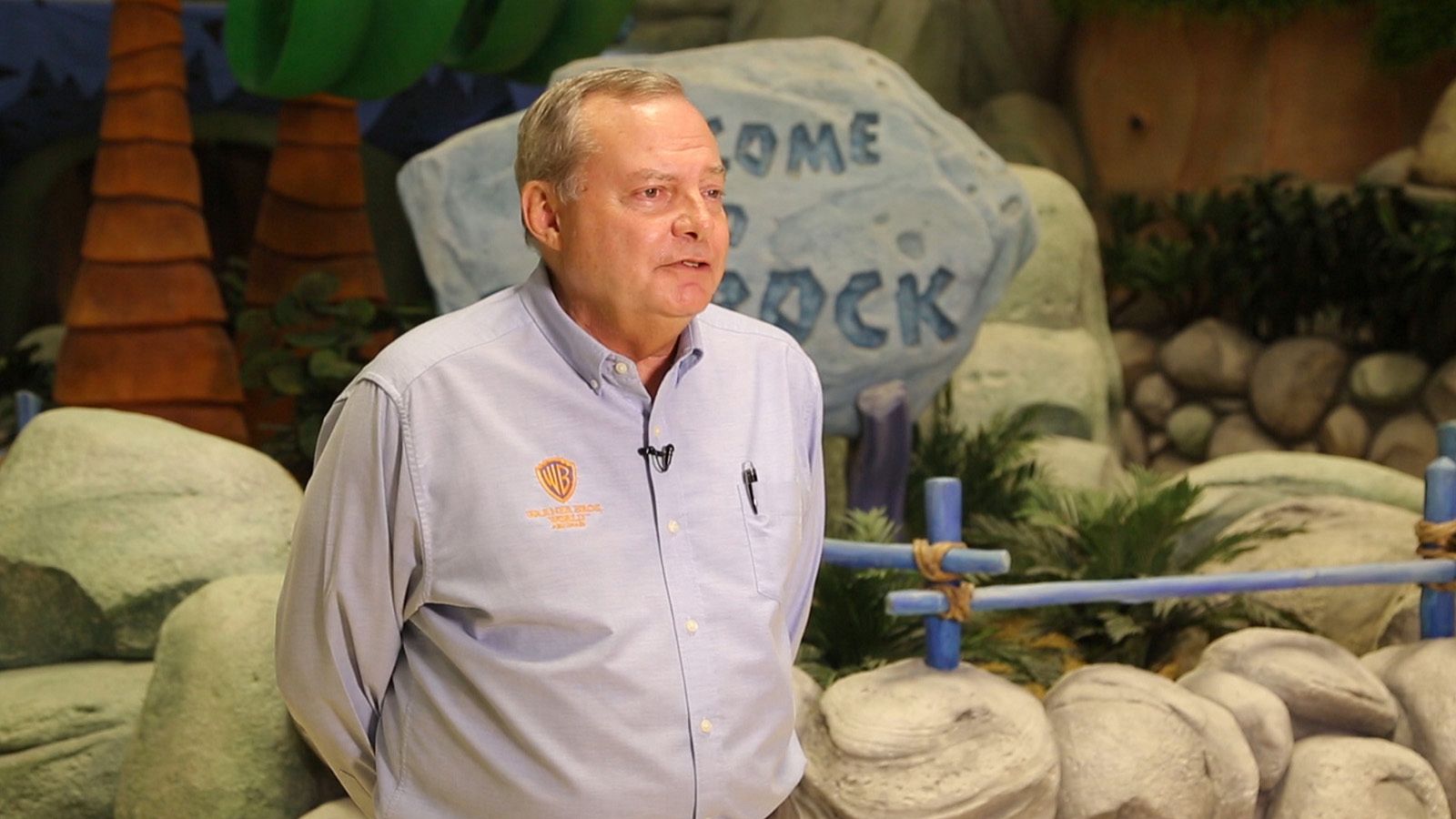 YAS ISLAND AIMS TO BE A GLOBAL TOP 10 LEISURE DESTINATION

The ambitious project is part of Abu Dhabi’s Economic Vision 2030, which highlights tourism as one of its twelve prioritised sectors.

It’s hoped that Yas Island, which is already home to many attractions such as Ferrari World and the Formula 1 Grand Prix, will become one of the top ten leisure destinations in the world by 2022.

With the opening of Warner Bros. World Abu Dhabi, the number of visitors to the island – which topped 27 million last year – is forecast to increase by up to seven percent, according to Mohammed Al Zaabi, CEO of the project’s development company, Miral Asset Management.

Al Zaabi believes that having well-known branded theme parks in the region is a good way to attract more domestic and international visitors. 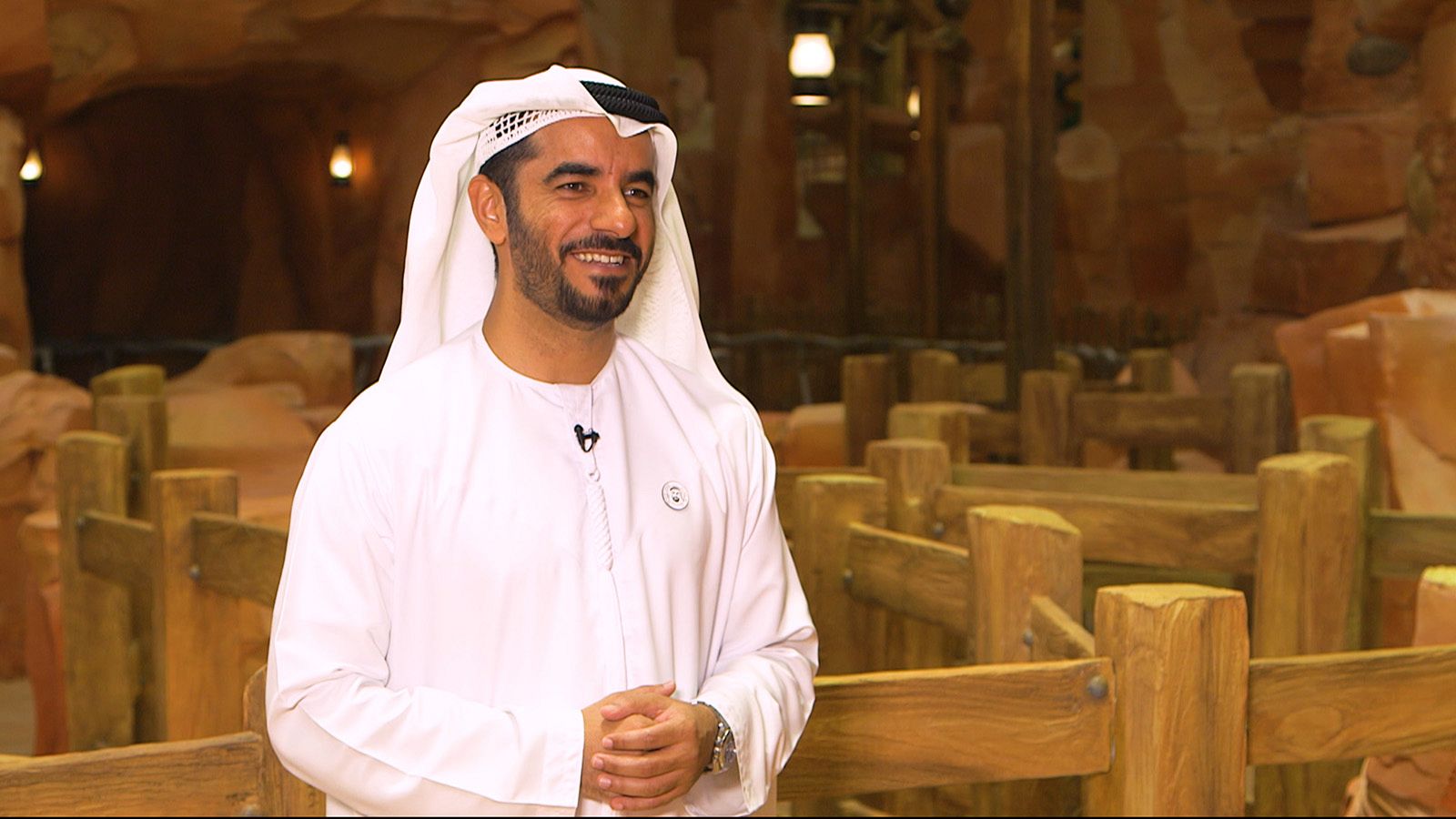 In the 1980’s and 90’s, many Arab children’s only exposure to cartoons were dubbed, American and Japanese animations like ‘Captain Majid’ or ‘Adnan and Lina’.

However, many countries in the region are starting to produce home-grown animations, providing Arab millennial children with characters and storylines they can easily relate to.

In the UAE, artist and writer Mohammed Harib and his team created ‘Freej’, a 3D-animated cartoon series about four older women facing the challenges of modern-day life in Dubai.

The husbands of the ladies are pearl divers – a centuries-old job in the Emirates – that kept men away from their homes and families for many months at a time.

The animated female characters speak with regional accents and wear a type of traditional Bedouin face mask, commonly made from leather, whilst the tips of their fingers are decorated with henna. 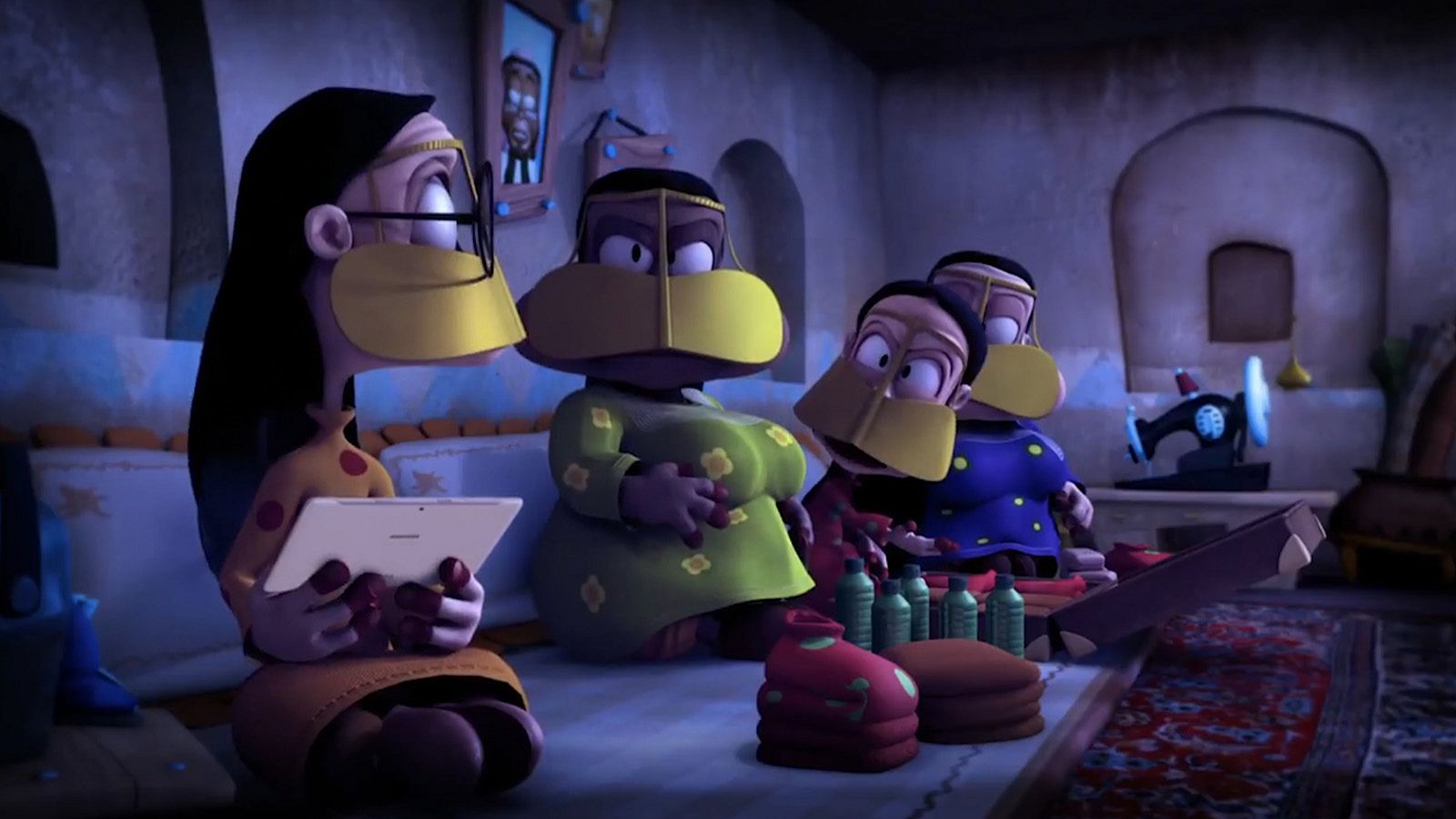 Harib believes that beyond being entertaining, Freej can also go some way towards reviving the heritage and legendary “strong” characteristics of the Emirati women of days gone by.

“Not much was said about the journey of our grandmothers who used to raise the kids and work for a living,” says Harib, “And when the grandfathers were gone for seven months, they managed to keep the family together. They’re very feisty by nature.”

‘Waw and Friends’ will mix live action footage with 3D graphics, marking the first time a regional studio has used such a challenging technique. 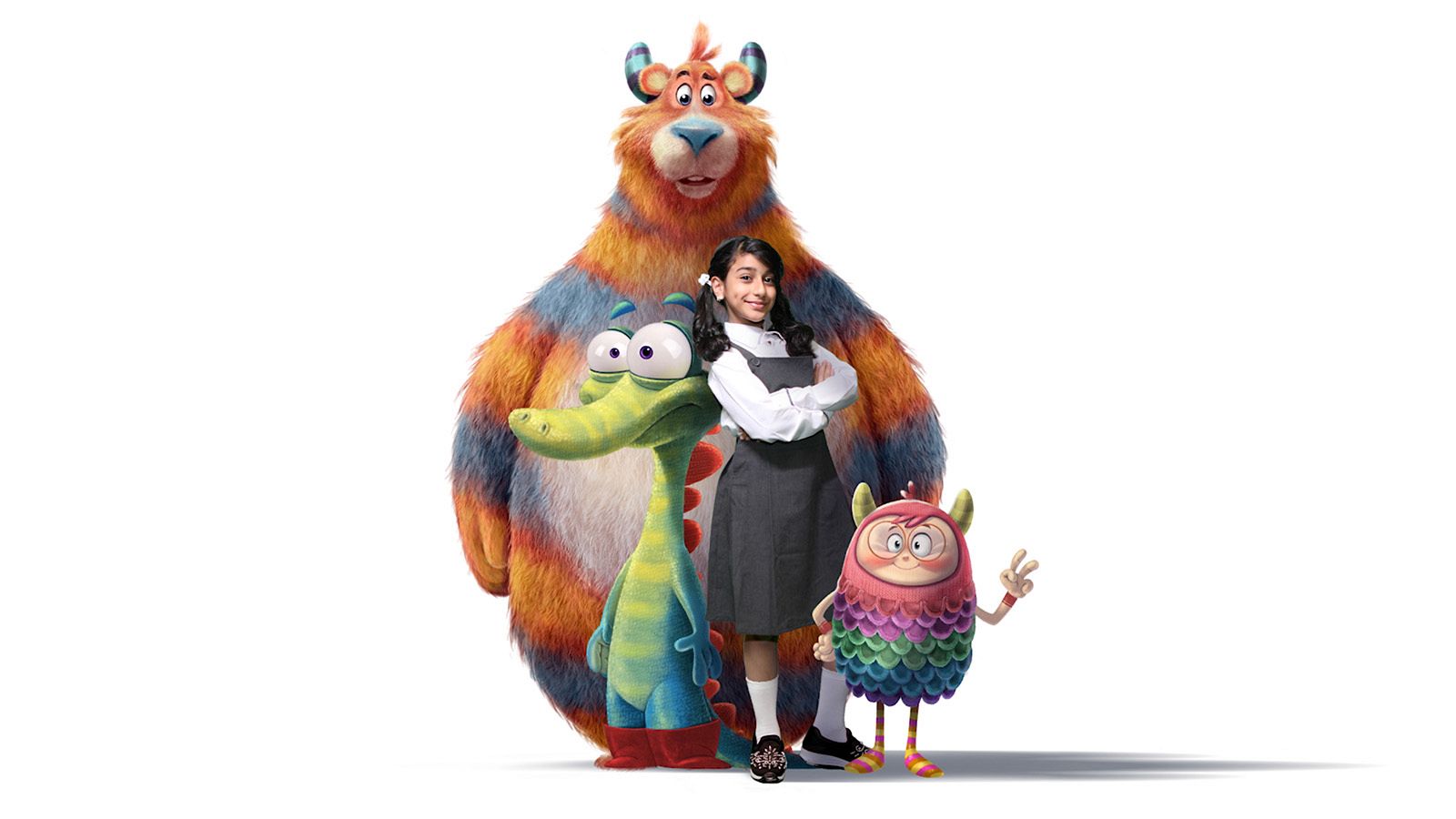 ‘Waw and Friends’, one of Harib’s latest animation projects

“[The actress] needs to act to ‘nothing’, and in front of ‘nothing’,” says Harib,“And it’s our role as directors to really bring all of that emotion out and also make the characters believable and lovable.”

Waw, which is short for Wadeema, is a pre-teen girl who has imaginary friends and, like so many of her peers, she’s a big fan of her electronic devices.

With the series, the studio also intends to release a mobile app product line, such as a karaoke app.

“It is not only about making something very artistic, of course, you have to think about the commercial viability of your product,” Harib explains.

And Rwaa from Syria posted her sketch of the morphed cartoon faces of Shaggy and his faithful canine companion Scooby-Doo.